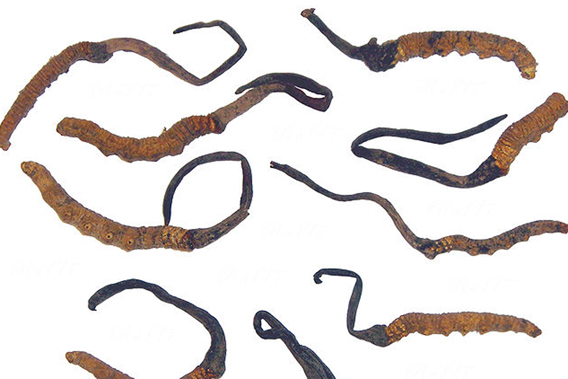 Cordyceps sinensis, commonly known as caterpillar fungus, may be a groundbreaking new treatment for a number of life-threatening conditions including asthma, kidney failure and cancer according to a paper recently published by The RNA Society.

If you’re a caterpillar of the Tibetan Plateau, the fungus Cordyceps is your worst nightmare. It hits you when you’re most vulnerable, during hibernation. You can try to stay awake, but on the Tibetan plateau, which reaches −40 degrees Celsius during the winter, you’ll have to hibernate sooner or later, and the fungus will be waiting for you. The fungus, which consists of tiny threads called hyphae, finds its way into your breathing pores. The hyphae branch out in thousands of directions all the while secreting an enzyme that dissolves caterpillar tissue and replaces it with fungus. Soon nothing is left of you but a mummified brown shell out of which sprouts a fungal stalk. From the stalk, new spores spring forth to infect your kin.

That’s if you’re a caterpillar; if you’re a human, Cordyceps may soon be a lifesaver. Traditional Chinese Medicine (TCM) practitioners have been using the fungus for hundreds of years. Of course, Chinese medicine has also produced scientifically disproven remedies such as rhino horn and tiger penis, but recent studies by scientists at the University of Nottingham have shown that the fungus might be worth the high price TCM doctors charge for it.

Scientists have already demonstrated that cordycepin, a drug derived from Cordyceps, shows promise as an anticancer drug, and now, a new paper by scientists at the University of Nottingham School of Pharmacy sheds light on just why this is so. It turns out that cordycepin is a powerful anti-inflammatory. Inflammation is the body’s natural reaction to negative stimuli and a crucial part of our immune system, but it can quickly turn against us. Out of control inflammation causes asthma and arthritis and exacerbates many other diseases including cancer. Currently available anti-inflammatories do not work well for some patients, and cordycepin might be the drug these patients have been waiting for.

In their research on the effects of the drug on airway smooth muscle cells, scientists found that cordycepin works differently than existing anti-inflammatory drugs. Instead of stopping inflammatory genes from activating as prednisone does, or neutralizing the effects of inflammation as ibuprofen does, cordycepin interferes with the production of messenger RNAs (mRNAs). In an inflammatory reaction, mRNAs instruct cells to rapidly produce proteins—which can cause a potentially dangerous overreaction in some cases. By halting the production of mRNAs, cordycepin creates a milder cellular response.

But researchers are proceeding cautiously with the new drug.

“Clinical testing of cordycepin is not in our immediate plans, as we think we first have to understand this drug in more detail before we can risk treating patients with it,” said head researcher Cornelia de Moor.

Despite its potential benefits, cordycepin could also weaken the immune system and interfere with wound healing. But if scientists find a way to minimize these risks, the new drug would be a boon to sufferers of many different conditions. Scientists say the discovery of such powerful drugs in nature shows just how crucial conservation may be to our own survival. As we continue to encroach on nature, we may destroy future cures without ever having known about them.

(03/14/2012) The world may soon benefit from a plant long-used by indigenous people in the Peruvian Amazon for toothaches, eliminating the need for local injections in some cases. Researchers have created a medicinal gel from a plant known commonly as spilanthes extract (Acmella Oleracea), which could become a fully natural alternative to current anesthetics and may even have a wide-range of applications beyond dental care.

Zoopharmacognosy: how self-healing animals could save humans

(11/27/2011) As humans we take many things for granted. When we come down with a sore throat, a fever, or the dreaded stomach flu, we drag our aching bodies into our cars and visit the doctor. Animals have no such luxury. Instead they have mastered evolution and have acquired an innate knowledge of the plants, soils, minerals, algae, and other remedies that nature offers to heal their aches and pains.

(11/10/2011) A yew tree in the Himalayas that produces the chemotherapy drug, Taxol, is in danger of extinction. An update to the IUCN Red List, has moved the tree, named Taxus contorta, from Vulnerable to Endangered. Overharvesting for medicine and fuelwood have placed the species in serious danger.