Presence of trees may mitigate cardiovascular and respiratory disease 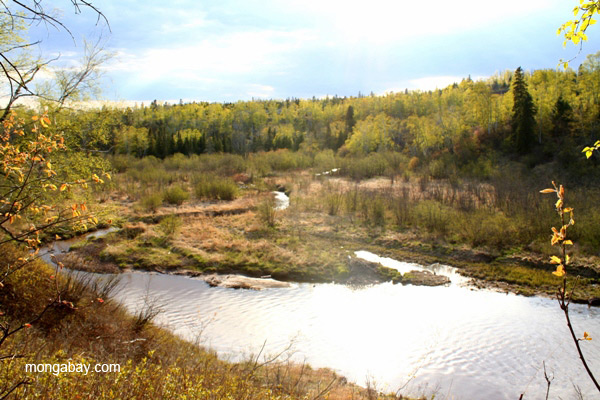 Scientists with the U.S. Forest Service have observed a link between human health and trees, implying that trees may actually mitigate both cardiovascular and lower respiratory disease. Although the researchers do not yet put forward a reason why or how the presence of trees save lives, they are convinced there is a link, according to their new paper published in the American Journal of Preventive Medicine.

“There’s a natural tendency to see our findings and conclude that, surely, the higher mortality rates are because of some confounding variable, like income or education, and not the loss of trees,” says Geoffrey Donovan with the Forest Service’s Pacific Northwest Research Station. “But we saw the same pattern repeated over and over in counties with very different demographic makeups.”

The study looked at 1,296 counties in 15 states across 18 years to discover that the absence of trees may actually increase mortality rates from certain diseases. Comparing communities that had lost their trees to emerald ash borer—a beetle that has killed over 100 million trees in the U.S.—with other communities that still had tree-lined streets, the study found that communities without trees suffered an addition 15,000 deaths from cardiovascular disease and 6,000 deaths from lower respiratory disease.

While the researchers did not investigate a cause for this, they mentioned several hypotheses for future research, such as trees “improving air
quality, reducing stress, increasing physical activity, moderating temperature, and buffering stressful life events.”

There has been a flood of recent studies that have pointed to the health and mental benefits of nature. Research has shown that exercising in green space rather than an urban area provided extra mental health benefits. Another study found that spending 20 minutes in nature mitigated ADHD symptoms in children; in some cases the time in nature was even better than medication. Research has even found that patients recover better after surgery—and required less medication—when they had access to a natural scene versus a brick wall.

The emerald ash borer has been present in the U.S. since 2002, and targets all 22 species of North American ash.

(08/13/2012) Clearing forests and other vegetation with fire in Southeast Asia can kill, according to a new study in Nature Climate Change. The research found that fire-induced air pollution, including fine particulates and a rise in ozone, could be linked to thousands of deaths during El Nino years when dry conditions worsen human-set fires. The pollution was found to be worst over Malaysia and Indonesia, the latter where the vast majority of the fires are set.

(04/30/2012) Shirtless boys rapidly pull the computer apart, discarding bits and pieces, until they expose the wires, yank them out, and toss them into a fire. Acrid, toxic smoke blooms as the boys prod the wires and the fire strips the plastic around the wires, leaving the sought-after copper. Welcome, to Agbogbloshie, where your technology goes to die. A new film e-wasteland captures the horrors of the world’s largest e-waste slum through surreal and staggering images. Shot over three weeks by one-man guerrilla filmmaker, David Fedele, e-wasteland is an entirely visual experience without dialogue or voiceover.

(12/14/2011) While pro-life activists usually target abortion, a new campaign is working to broaden the pro-life message. A $250,000 media campaign in the U.S., including TV spots and radio ads in eight states, hopes to pressure conservative senators to protect unborn children by supporting the Environmental Protection Agency’s (EPA) regulations on mercury emissions from coal-fired plants.

Zoopharmacognosy: how self-healing animals could save humans

(11/27/2011) As humans we take many things for granted. When we come down with a sore throat, a fever, or the dreaded stomach flu, we drag our aching bodies into our cars and visit the doctor. Animals have no such luxury. Instead they have mastered evolution and have acquired an innate knowledge of the plants, soils, minerals, algae, and other remedies that nature offers to heal their aches and pains.

(11/10/2011) A yew tree in the Himalayas that produces the chemotherapy drug, Taxol, is in danger of extinction. An update to the IUCN Red List, has moved the tree, named Taxus contorta, from Vulnerable to Endangered. Overharvesting for medicine and fuelwood have placed the species in serious danger.