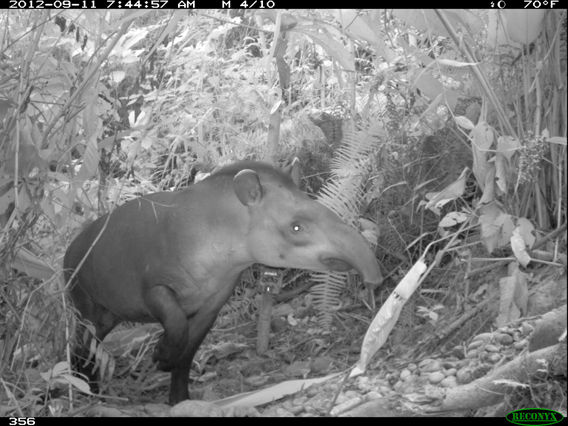 Over 14,000 lowland tapirs (Tapirus terrestris), also known as Brazilian tapirs, roam an Amazonian landscape across Bolivia and Peru, according to new research by scientists with the Wildlife Conservation Society (WCS). Using remote camera trapping, thousands of distribution records, and interviews, the researchers estimated the abundance of lowland tapirs in the Greater Madidi-Tambopata Landscape Conservation Program made up of three national parks in Bolivia (Madidi, Pilón Lajas and Apolobamba) and two in Peru (Tambopata and Bahuaja Sonene).

“The Madidi-Tambopata landscape is estimated to hold a population of at least 14,500 lowland tapirs making it one of the most important strongholds for lowland tapir conservation in the continent,” said lead author Robert Wallace. “These results underline the fundamental importance of protected areas for the conservation of larger species of wildlife threatened by hunting and habitat loss.”

This is great news for a species that is currently listed as Vulnerable by the IUCN Red List, and remains hugely imperiled by habitat loss, poaching, bushmeat hunting, and competition with livestock.

A bit bizarre-looking and unarguably massive, tapirs are megafauna that survived the Pleistocene extinction that took out most of South America’s other big mammals, such as giant sloths and smilodons. The lowland tapir, the second-largest animal in South America after Baird’s tapir, can weigh up to 661 pounds (300 kilograms). Despite this heft, tapirs can still fall prey to jaguars, caiman, and anacondas.

Using camera traps along Tuichi River in Madidi National Park, researchers found that lowland tapirs populations are on the rebound after decades of unsustainable hunting. Tapirs are common targets for hunters in South America—and an important source of protein for indigenous groups—given their massive size. However, a low breeding cycle means the species can rapidly be wiped locally out if overhunted. Growing populations and a rising commercial market for bushmeat have pushed many tapir populations to the brink. 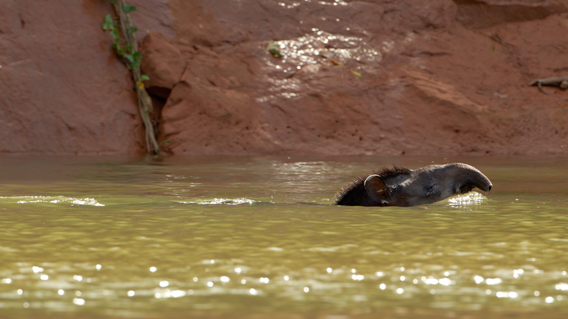 Tapirs are excellent swimmers. This individual was photographed in the Madidi-Tambopata Landscape. Photo by: Mileniusz Spanowics/WCS. 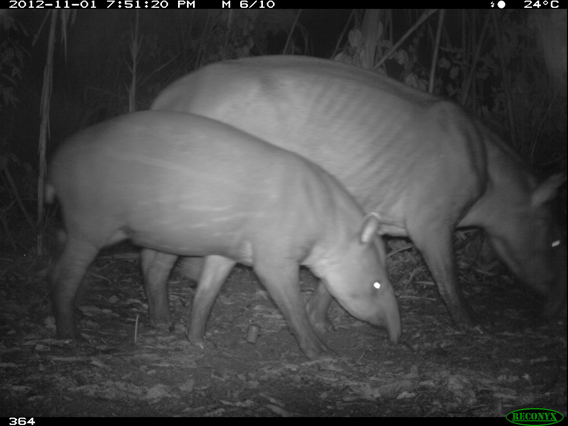 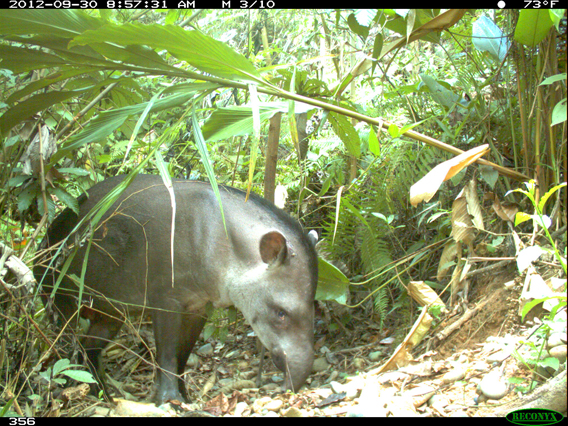 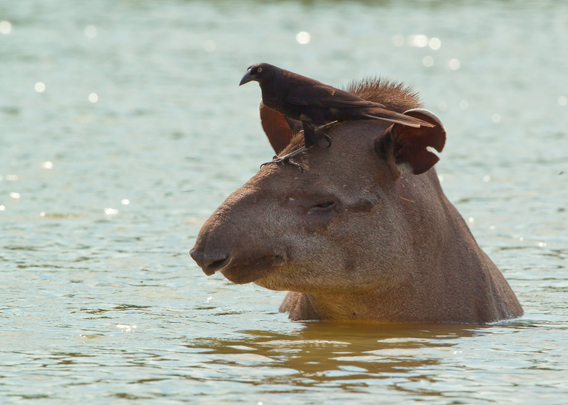