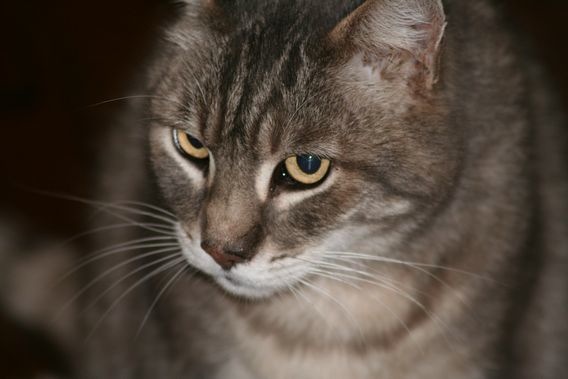 Domesticated cats in the United States kill far more animals than previously thought — 1.4 to 3.7 billion birds and 6.9 – 20.7 billion small mammals per year — finds a study published this week in the journal Nature Communications.

Extrapolating from local studies, scientists at the Smithsonian Conservation Biology Institute and the Fish and Wildlife Service estimate that pet, stray, and feral cats kill a median of 2.4 billion birds and 12.3 billion mammals a year, most of which are native species. The number is two to four times that of earlier estimates and establish cats as a major threat to native wildlife, claiming more birds and mammals than collisions with windows and windmills, automobile strikes, and pesticides and poisons.

Most of the damage however isn’t done by house cats. According to the study, 69 percent of bird mortality and 89 percent of mammal mortality is from the 80 million stray and feral cats that roam the United States. Nonetheless the results could exacerbate the long-running conflict between animal welfare advocates and conservationists aiming to protect native species, which suffer from both loss of prey and direct predation by cats. The authors add fuel to fire.

“Despite these harmful effects, policies for management of free-ranging cat populations and regulation of pet ownership behaviors are dictated by animal welfare issues rather than ecological impacts,” they write.

“Projects to manage free-ranging cats, such as Trap-Neuter-Return (TNR) colonies, are potentially harmful to wildlife populations, but are implemented across the United States without widespread public knowledge, consideration of scientific evidence or the environmental review processes typically required for actions with harmful environmental consequences.” 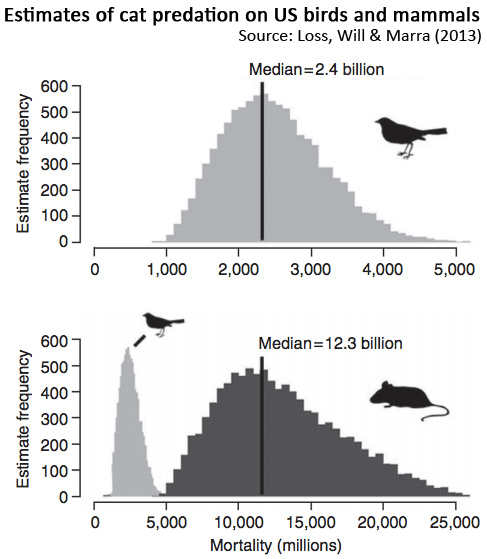 The findings were immediately welcomed by the American Bird Conservancy, a group that works to protect native bird species.

“To maintain the integrity of our ecosystems, we have to conserve the animals that play integral roles in those ecosystems,” Fenwick said in a statement. “Every time we lose another bird species or suppress their population numbers, we’re altering the very ecosystems that we depend on as humans. This issue clearly needs immediate conservation attention.”

“The very high credibility of this study should finally put to rest the misguided notions that outdoor cats represent some harmless, new component to the natural environment. The carnage that outdoor cats inflict is staggering and can no longer be ignored or dismissed. This is a wake-up call for cat owners and communities to get serious about this problem before even more ecological damage occurs.”