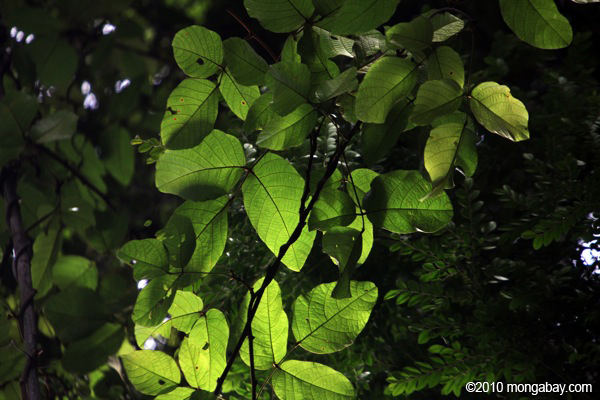 HarperCollins has established a policy that excludes paper sourced from destruction of tropical rainforests and old growth forests.

The revised policy, posted on its web site earlier this month, is a response to a campaign by the Rainforest Action Network (RAN), an activist group that is targeting companies linked to clearing of Indonesian rainforests and peatlands for pulp and paper production: Asia Pulp & Paper (APP) and Asia and Asia Pacific Resources International (APRIL). With the new policy, HarperCollins has become the final of the ten largest publishers in the United States to phase out buying from APP and APRIL, according to RAN.

“In the production of all HarperCollins books, we endeavor to eliminate the use of paper from controversial sources that may contain fiber from endangered and old-growth forest areas,” states the publishing giant’s web site. “HarperCollins prohibits sourcing from Indonesian tropical rainforests, old growth and/or endangered forests for our products.”

HarperCollins goes on to state that it “[does] not do business with companies that collude with or purchase wood products from illegal logging operations” and notes that third-party suppliers will be required to “provide proof that third-party sources of wood are harvested in an environmentally sound manner.”

HarperCollins also said has implemented “a program of random fiber testing of books to ensure our product is free of tropical hardwood fiber.”

RAN says the new policy caps a “seismic shift” in the publishing industry.

“All of the top ten US publishers in the country now recognize that customers will not accept books with paper that comes from the destruction of endangered rainforests. This is a seismic shift in an industry that just two years ago was rife with controversial paper,” said Robin Averbeck, a Forest Campaigner with Rainforest Action Network. “US publishers are sending a loud and clear message to forest destroying paper companies like Asia Pulp and Paper and APRIL that consumers are demanding rainforest safe paper.”

Part of HarperCollins’ procurement policy includes sourcing fiber from operations certified under forest products standards including the Forest Stewardship Council (FSC), the Sustainable Forestry Initiative (SFI), and the Programme for the Endorsement of Forest Certification (PEFC), none of which explicitly prohibit logging of rainforests, peat forests, or old growth forests. Whether HarperCollins’ policy includes stipulations that go beyond these certification schemes isn’t immediately clear, but RAN typically pushes companies to adopt stricter safeguards than mandated by certification bodies. 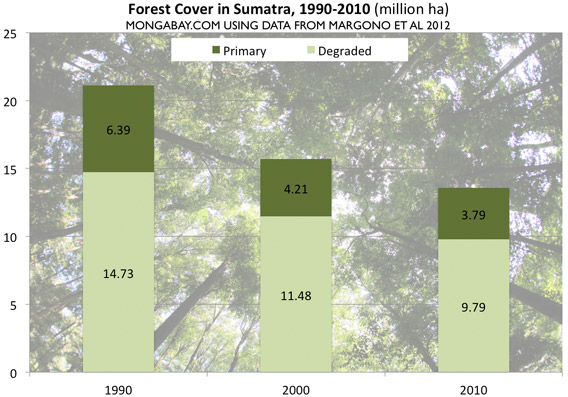 Pulp and paper production is one of the biggest drivers of deforestation and peatlands degradation on the Indonesian island of Sumatra. By one estimate, APP and APRIL together cleared 2 million hectares (5 million acres) of forest in Riau Province alone since the mid-1980s, accounting for half the province’s forest loss during that time. Environmentalists say ongoing clearing by the paper giants puts endangered species like the Sumatran tiger and elephant at greater risk of local extinction.

Up to 1.2 million hectares of standing forest and peatland in Sumatra is still licensed for clearing, according to Eyes on the Forest, a coalition of Indonesian NGOs. Eyes on the Forest estimates that conversion of that area will generate up to 500 million tons of carbon emissions.

Both APP and APRIL maintain that they operate within the laws of Indonesia, but the paper giants have been subject to investigations over alleged illegal logging, including a massive case in Riau province which prosecutors claim caused more than $200 billion to the Indonesian state. Neither company however, has been found guilty of wrong-doing by Indonesian courts.

(05/03/2012) Indonesia’s Ministry of Environment is planning to sue 14 pulp and paper companies for illegally logging forests in Riau Province on the island of Sumatra, reports Tempo Magazine. 12 of the 14 companies are linked to Asia Pulp & Paper (APP) and Asian Pacific Resources International Holdings Limited (APRIL), pulp and paper giants that have been heavily criticized by environmentalists for destroying rainforests and peatlands that serve as critical habitat for endangered tigers, elephants, and orangutans.