From the brink of extinction: elephant seals stage remarkable comeback

A conservation success story along the coast of California 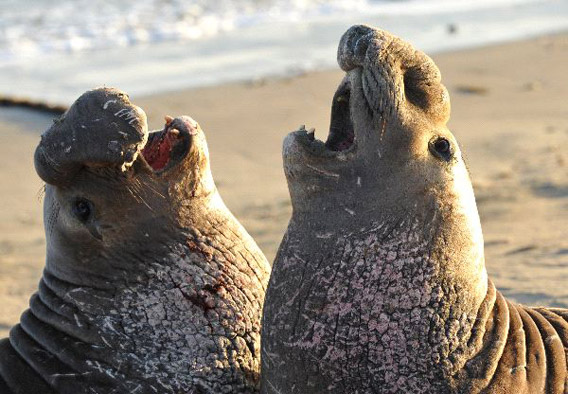 In the 19th century the Northern Pacific Elephant was thought to be extinct until a small population was discovered on an island of Baja California in 1892. Since then, the species has staged a remarkable comeback which was greatly accelerated by protective measures adopted by the U.S. and Mexican governments.

The recovery is especially evident on the beaches of California’s Año Nuevo State Park. Until the 1950s so individuals were observed in the park. In the 1960s pups started to be born on Año Nuevo’s sandy shores. By the 1990s thousands of pups where born each year, capping the elephant seal’s turnaround.

“Beachmaster”, a new film by Christopher J. Gervais and Stan Minasian, tells the conservation success story of their recovery. While Beachmaster is slated for completion in 2014, the trailer for the documentary will be shown for the first time on Friday, February 1 at the 3rd Annual New York Wildlife Conservation Film Festival.

But Gervais’s role at the festival extends beyond filmmaker — he is also the founder and president of the Wildlife Conservation Film Festivals, which runs multiple events over the course of the year.

Ahead of Beachmaster’s premiere, Gervais answered some questions from Mongabay.com about the film and his career, which includes field work as a biologist and running Wildlife Conservation Film Festivals.

AN INTERVIEW WITH CHRISTOPHER J. GERVAIS

Mongabay. com: What is your background?

Christopher J. Gervais: I was born a natural historian, this passion for science runs in the family as one of my great grandfathers was François Louis Paul Gervais, a French palaeontologist and entomologist and eventually the chair of zoology at the Muséum National d’Histoire Naturelle in Paris. As a young lad I was encouraged by his parents to appreciate and understand the beauty of the natural world. This was done through family outings to the beach, desert and mountains. I volunteered at natural history museums, zoos, attended summer science field camps. I grew up watching Jacques Cousteau and Mutual Omaha’s Wildlife Kingdom and befriended and was mentored by Jim Fowler and Cousteau. I majored in environmental science for my undergraduate degree and pursued graduate studies in vertebrate paleontology and later marine biology. 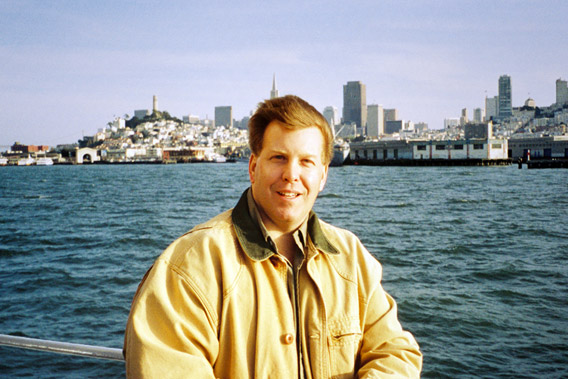 I my early college years I lived during the summers on the crow Creek Reservation of the Sioux Nation in South Dakota and studied the Marine Megafauna of the Cretaceous Western Interior Seaway. Upon the conclusion of my studies of extinct marine fauna I decided to focus on extant marine organisms, particularly marine mammals. This is ironic since a species of whale is named after my grandfather, the Gervais’ beaked whale (Mesoplodon gervais) and found in the waters where I did my research off south Florida and the Gulf of Mexico. I did not study film-making in college, it was not until I founded the Wildlife Conservation Film Festivals and began cultivating relationships with veteran directors and producers that I thought about making a film. As I watched these documentary films I thought about the many species that have not received the attention they deserve and how I could make an impact to help preserve biodiversity.

Mongabay. com: ow long have you been making films?

Christopher J. Gervais: “Beachmaster” is my first documentary film. I have teamed up with veteran filmmaker Stan Minasian of EarthView Productions, who has over thirty years experience of making award winning wildlife documentaries.

Mongabay. com: Why did you choose elephant seals as a subject?

Christopher J. Gervais: I chose the Northern Pacific Elephant seals because I have been to Avo Nuevo State Park in California, their winter breeding and mating grounds for a wildlife photography expedition where I witnessed thousands of these majestic animals. Many of the films I have screened at my films festivals are about species critically endangered and on the verge of extinction. This film is a success story about about a species that bounced back from the verge of extinction and is a conservation success story.

Mongabay. com: What is the plot of the film?

Christopher J. Gervais: Beachmaster of Avo Nuevo is a success story of conservation efforts from multiple agencies to save what was a critically endangered species.

Mongabay. com: What was the most exciting or interesting part of making the film?

Christopher J. Gervais: Being in the field to see, smell and hear these animals is what excites me. Looking into the eye of a 15 foot long, 6,000 lb. bull elephant seal is not a typical day at the office is for most people. This is what keeps me going and I feel alive when I am in front of these animals.

Mongabay. com: What impact do you hope this film will have?

Christopher J. Gervais: It is always my hope that my films and that of other wildlife documentary filmmakers will bring about change to protect endangered species and habitat, strengthen and enforce laws and change policy. I hope that public interest in conservation increases so the world does not have to wait until a habitat is nearly destroyed and a species nearly vanished to have protection. Thoughtful conservation practices will help prevent our mistakes from the past.

Mongabay. com: What’s next on your agenda?

Christopher J. Gervais: I will continue as the President of the WCFF for many years to come. I have other film projects in the pipeline than include marine mammals, big cats and rhino.