by Caillie Mutterback on 7 January 2013 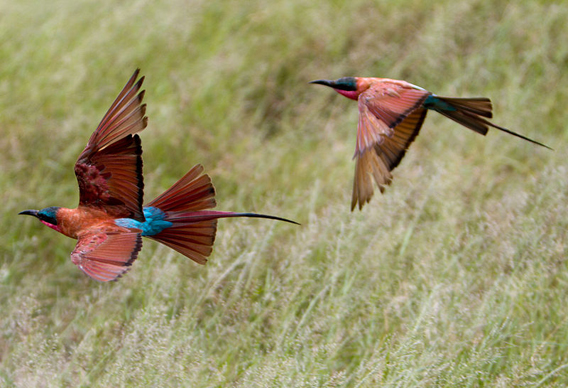 A proposed copper mine set to be built in Lower Zambezi National Park has been rejected by Zambia’s environmental management agency. Australian company Zambezi Resources Ltd, a subsidiary of Proactive Investors, had scheduled the $494 million Kangaluwi Copper Project to begin production in 2015. But their proposal sparked an outcry from environmentalists and government lobbyists concerned about the effects of the open pit mine in the park. Though mining is not generally permitted in the park, Zambezi Resources obtained a Large-Scale Mining License from the government which would have allowed them to mine for 25 years right in the middle of Lower Zambezi National Park.

“This is the right first step the Zambia Environmental Management Agency has taken in this case. Our aim is to see the mining project eventually withdrawn…short-term economic gains should never override long-term benefits to the country,” the CEO of Bird Watch Zambia (BWZ) Moses Nyoni, said after hearing of ZEMAs rejection of the proposal.

All mining projects in the park require an Environmental Impact Study (EIS) before they can be given a mining license. The EIS for the Kangaluwi Copper Project was conducted by Geoquest, a company that contracts and consults for the mining sector, including companies like Zambezi Resources. While all EIS have to be approved by the Zambia Environmental Management Agency (ZEMA), some environmental activists question the validity of an assessment that is initially done by the same company looking to mine.

Even as the current copper project was cancelled, Mwembeshi Resources Ltd., a subsidiary of Zambezi Resources, and the company responsible for the Kangaluwi Copper Project, has indicated that there are several areas within the Lower Zambezi National Park that are suitable for mining copper, gold, cobalt or gemstones, sparking fears that eventually a proposition will pass and mining will occur in the park.

Lower Zambezi National Park is a 4,092 square kilometer haven to an array of African wildlife, as well as a popular Zambian tourist attraction. It is currently being considered as a World Heritage Site, and has already been named an Important Bird Area by Bird Watch Zambia (BWZ, formerly Zambian Ornithological Society), one of the groups that strongly opposed the mining project.

Water birds such as the bee-eaters (southern carmine and white-fronted) and fish eagle (Haliaeetus vocifer) are abundant in the park, as well as red-winged pratincole (Glareola pratincola), crested guinea fowl (Guttera pucherani), black eagle (Ictinaetus malayensis), various queleas and the Narina trogon (Apaloderma narina). Elephants, buffalo, hippopotamus, and waterbucks can be found along the valley floor, along with kudus, zebras and impalas. The Samango monkey (Cercopithecus albogularis), hyena, and civets are also popular tourist attractions.

Mining company, Zambezi Resources, cites in their September 13th ASX Announcement that the Kanagluwi Copper Project would result in the “development of transport and energy infrastructure including roads and power, employment, training and increased prosperity for more than 500 Zambians, and significant foreign investment in terms of capital and operational expenses.” They also said that their key stakeholders, including “conservation groups, traditional owners, chiefs, local communities and local authorities,” all of which “had been supportive of the Project when shown the true facts,” were surprised when their proposal was rejected and are continuing to appeal the decision under the Environmental Management Act of 2011. They did not specify throughout their reports that the Kanagluwi project would be in the middle of a
national park.

Open pit copper mining has serious environmental impacts and can negatively affect biodiversity for years even after the mining has ceased. Copper is a toxic metal that is especially susceptible to aquatic wildlife, like the tiger fish (Hydrocynus vittatus) and vundu (Heteobranchus longifilis) in Zambezi, along with the water bird population. 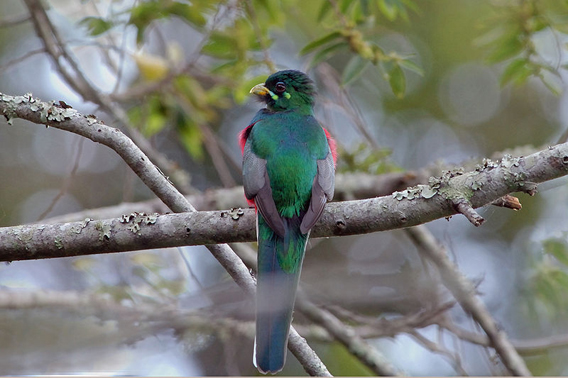 The Narina trogon is also present in the Lower Zambezi National Park. Photo by: Patty McGann.