REDD+ negotiations in Doha at impasse, potentially delaying decisions on safeguards another year 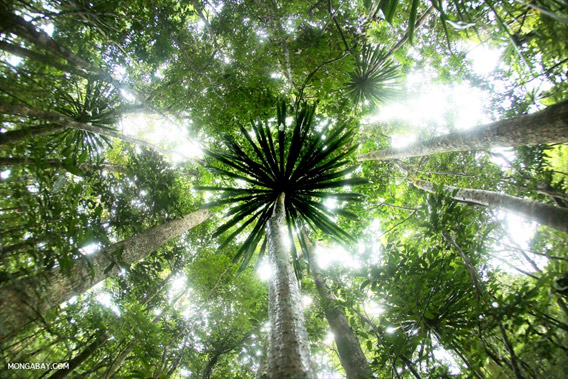 Rainforest in Madagascar. Photo by: Rhett A. Butler.

Negotiations over a program that would pay tropical countries for reducing greenhouse gas emissions from deforestation and degradation — or REDD+ — are stuck at an impasse over how emissions reductions would be verified, reports Ecosystem Marketplace. The disagreement, which has been characterized as a standoff between Brazil, which is potentially a beneficiary of REDD+, and Norway, which is the world’s largest funder of tropical forest conservation, could push any final decisions on REDD+ out another year.

The impasse revolves around language governing the standards by which deforestation-related emissions would be verified. Norway is pushing for “an independent, international verification process, undertaken by experts drawn from the roster of experts”, whereas Brazil and other developing nations are not ready to commit to strong verification requirements, according to the Tropical Forest Group (TFG), a non-profit that is closely observing negotiations.

“Donor nations want robust verification to ensure that the funds they provide result in real protection,” said TFG in a statement. “The G77 nations do not see why they should commit to strong external verification requirements when the donor nations themselves are major greenhouse gas emitters and are not yet subject to similarly stringent verification.”

The dispute means that important parts of the REDD+ text are still in brackets, indicating that they are not settled and therefore still up for discussion. Given the snail’s pace of negotiations, it is possible that the text will be sent back to the Subsidiary Body for Scientific and Technological Advice (SBSTA) for further discussion in June 2013, effectively “pushing agreement on REDD off for another year,” as Swick writes. The delay on the monitoring, reporting, and verification (MRV) part of REDD+ would effectively push back all discussions on other important elements, including safeguards for biodiversity, indigenous people, and forest-dependent communities as well as non-carbon benefits of REDD+ and drivers of deforestation.

The news was viewed as a setback for REDD+ supporters, undercutting enthusiasm generated from a Friday meeting where Norway, Britain, the United States, Germany, and Australia agreed to increase the amount of money available for REDD+ development.

Roughly 13 million hectares of forests were cleared on an annual basis between 2000 and 2010, accounting for more than 10 percent of global greenhouse gas emissions. About a third of the world’s forests have been cleared since the dawn of civilization 5,000 years ago.