Photos: one of the world’s rarest turtles hatches at the Bronx Zoo 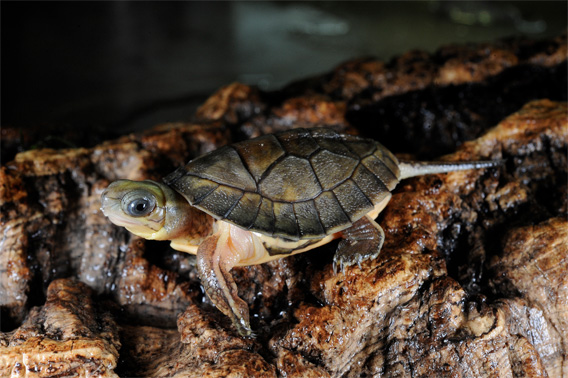 The breeding program is part of WCS’s conservation initiative that targets half the world’s 25 most critically endangered turtle species. With fewer than 150 individuals in the wild, the Chinese yellow-headed box turtle is on the list.

The initiative includes both captive breeding and habitat conservation.

“The success we are seeing in the early stages of this program is encouraging,” said Jim Breheny, WCS Executive Vice President of Zoos and Aquarium and Bronx Zoo Director. “Over time, we hope to expand our turtle propagation work to extend to many of the most endangered species of turtles and tortoises. In implementing this strategy we will draw on the expertise found throughout the entire WCS organization as well as various partner organizations with whom we work.” 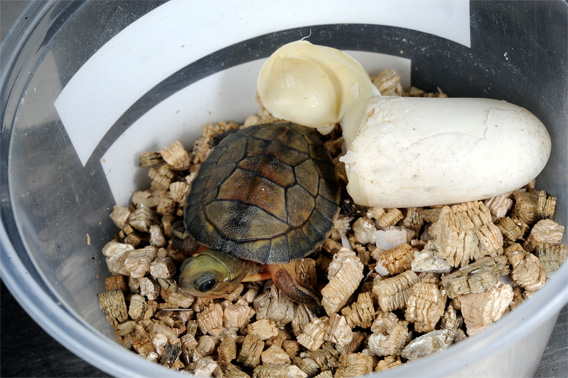 More than half the world’s 330 species of freshwater turtles and tortoises are vulnerable to extinction due to habitat loss and trade.

“Most of the world’s turtle trade is driven by demand from China, specifically for human consumption, traditional medicines, and the pet trade,” says WCS. All three factors, plus water pollution, drove the Chinese yellow-headed box turtle toward extinction in its native habitat, streams in the highlands of the Anhui Province of eastern China.