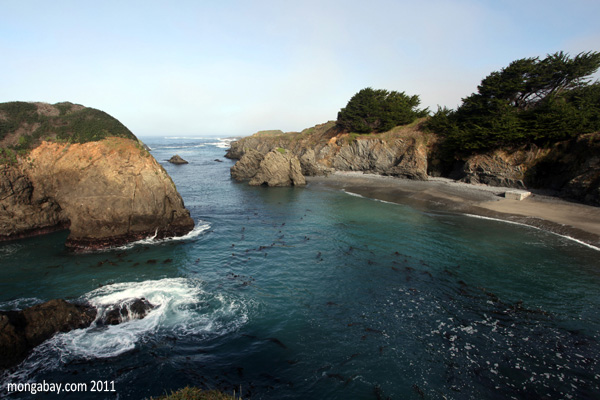 The designation, which triples the area of California coastline under protection to 4,500 square miles, expands two marine preserves: the Gulf of Farallones Marine Sanctuary and the Cordell Bank National Marine Sanctuary off the Sonoma and Mendocino coasts. It prohibits offshore oil and gas drilling, while allowing fishing.

“The Mendocino and Sonoma coastline draws visitors from around the world because of its unspoiled beauty and restorative vistas,” said Sierra Club Executive Director Michael Brune in a statement. “It’s an important part of California’s economic engine, and it could have been wiped out by a single offshore oil spill.”

“Today’s action puts one of the most ecologically important and sensitive coastal areas out of harm’s way.”

The Farallones Marine Sanctuary is famous for its sea birds and population of great white sharks.