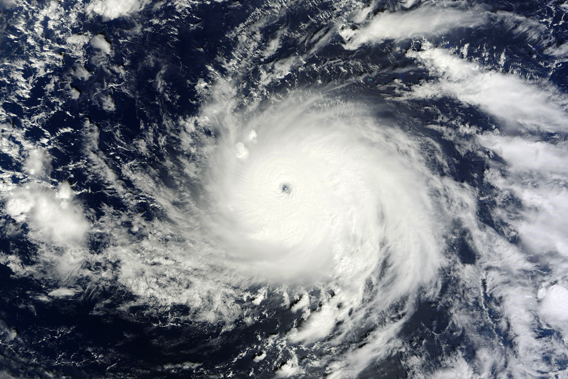 According to Filipino officials, rampant illegal logging and mining were likely a part of the cause for the high casualty count from Category 5 Typhoon Bopha (Pablo), especially in the Compostela Valley where government officials had warned people to stop the illegal activities. So far, 370 people have been found dead on the island of Mindanao with another 400 missing. Waters rose so high even emergency shelters were inundated.

“If you abuse nature, nature will get back at us,” Benito Ramos, executive director of National Disaster Risk Reduction and Management Council (NDRRMC), said. “This is due to decades of mining and logging. Our forests are already deluded and there are tunnels left by small-time miners.”

Illegal logging and mining has stripped many hillsides bare in Mindanao, which has forest cover of only 10 percent. Deforestation means flash floods flow unimpeded, leading to cataclysmic land and mud slides that can bury whole towns.

“The water was as high as a coconut tree,” a local farmer, Joseph Requinto, told the Associated Press. “All the bamboo trees, even the big ones, were all mowed down.”

Unfortunately these tragic environmental disasters are becoming a recurring theme in the Philippines, less than a year Typhoon Sendong killed over 1,200 people on the same island. The extensive destruction wrought by this storm—which impacted over 300,000 people—was also blamed at least partly on illegal logging.

Logging has banned throughout the Philippines since February of 2011 in order to avert disasters such as this, but illegal logging remains a rampant problem. Yet, while illegal logging and mining certainly worsened the death toll of Typhoon Bopha, there may another component to the storm’s wrath: climate change.

“Climate change is now a clear and present danger and a national security concern for our country,” Filipino Senator, Loren Legarda, said last year after the devastating Typhoon Sendong.

Scientists continue to debate the connection between climate change and hurricanes and typhoons (both names for tropical cyclones). However a general consensus is emerging that while climate change may not increase the total number of hurricanes, it is likely increasing the extremely intense ones, much like Hurricane Sandy that struck the U.S. East Coast a little over a month ago.

Climate change is intensifying tropical cyclones in a number of ways: rising sea levels create worsening storm surges, while a warmer atmosphere draws in more water from the oceans leading to increased precipitation, worsening the chance for flash floods such as those spawned by Bopha. In addition, unseasonably warms seas may be extending both the tropical cyclone season and its geographical reach: Typhoon Bopha hit a region of Mindano that has never been hit by such extreme cyclones. It also hit late in the season.

“We have never had a typhoon like Bopha, which has wreaked havoc in a part of the country that has never seen a storm like this in half a century. And heartbreaking tragedies like this is not unique to the Philippines, because the whole world, especially developing countries struggling to address poverty and achieve social and human development, confront these same realities,” Naderev Sano, climate negotiator for the Philippines, said today in an impassioned speech at the 18th UN Climate Summit in Doha, Qatar, which has been crawling along the last two week. Sano pointed to the disaster as more evidence to move aggressively on climate change at a conference where observers say little progress is being made.

“I appeal to the whole world,” Sano continued. “I appeal to leaders from all over the world, to open our eyes to the stark reality that we face. I appeal to ministers. The outcome of our work is not about what our political masters want. It is about what is demanded of us by 7 billion people. I appeal to all, please, no more delays, no more excuses. Please, let Doha be remembered as the place where we found the political will to turn things around.”

Anti-poverty and environmental NGOs are largely pointing the finger at wealthy countries—especially the U.S., Canada, and New Zealand—for failing to raise their pledges on emissions cuts and providing little information on where climate financing will come from. The host nation, Qatar, has also come under heavy criticism for bringing little to the table, even though it is the world’s largest greenhouse gas emitter per capita.