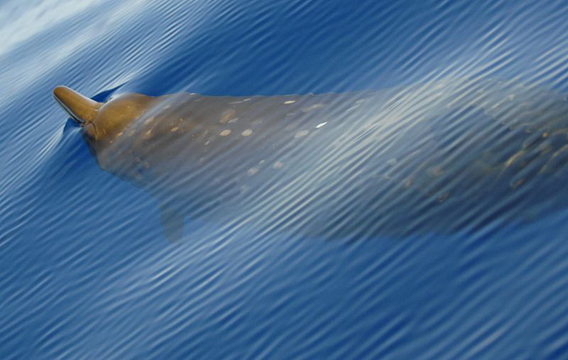 The beaked whale family are among the world’s least known mammals. This photo shows a Blainville’s beaked whale (Mesoplodon densirostris). Photo by: NOAA.

In 2010, a whale mother and male calf were found dead on Opape Beach in New Zealand. Although clearly in the beaked whale family—the most mysterious marine mammal family—scientists thought the pair were relatively well-known Gray’s beaked whales (Mesoplodon grayi). That is until DNA findings told a shocking story: the mother and calf were actually spade-toothed beaked whales (Mesoplodon traversii), a species no one had ever seen before as anything more than a pile of bones.

“This species is the least known species of whale and one of the world’s rarest living mammals,” write scientists in a new paper in Current Biology on the discovery.

Scientists have known of the spade-toothed beaked whale for over 140 years, but only from a pair of skull fragments and a single mandible. No one was even sure if the species was extinct or not.

“This is the first time this species—a whale over five meters in length—has ever been seen as a complete specimen, and we were lucky enough to find two of them,” says co-author Rochelle Constantine of the University of Auckland, adding that, “it is remarkable that we know almost nothing about such a large mammal.”

Although it looks similar to the Gray’s beaked whale, the spade-toothed can be identified in part by a black beak and dark-colored eye patch, according to study (see images below). But no one would have ever known this if not for DNA tests done on the carcass after it was discovered.

“This study highlights the importance of DNA typing and reference collections for the identification of rare species,” the researchers write, noting that it is often very difficult to tell different beaked whale species apart given how little scientists know about them.

“Rapid advances in DNA technology are having a profound effect on our understanding of the natural world and have added value to museum and other reference collections,” they write. Given the scarcity of these animals, the scientists have sent their skeletons to the Museum of New Zealand Te Papa Tongarewa for further study.

To date, scientists have identified 21 species in the little-known beaked whale family. These are deep diving, tusked, and rare marine mammals; none of them are familiar to the public, and only a handful well-known to biologists. In fact, the most recent new beaked whale species was discovered in 2002.

“There are a few [beaked whale] species that remain enigmatic but once they we know what they look like when they are alive, it helps identify them in the field,” Constantine told mongabay.com “That’s where our work is really helpful, for the first time we have an idea of what the spade-toothed beaked whale looks like.”

More than any other cetaceans, beaked whales lives and natural histories are still hidden beneath the waves.

“It may be that [spade-toothed beaked whales] are simply an offshore species that lives and dies in the deep ocean waters and only rarely wash ashore,” Constantine adds. “New Zealand is surrounded by massive oceans. There is a lot of marine life that remains unknown to us.” 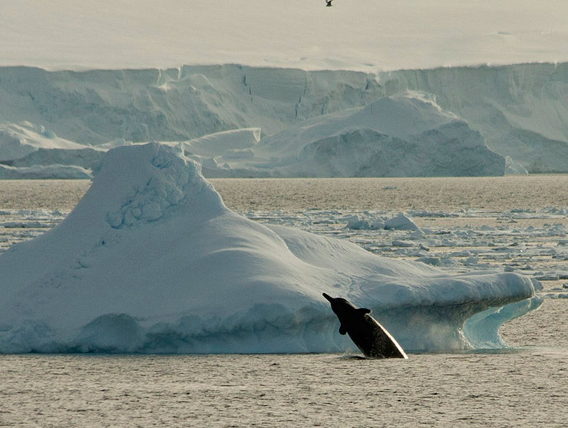 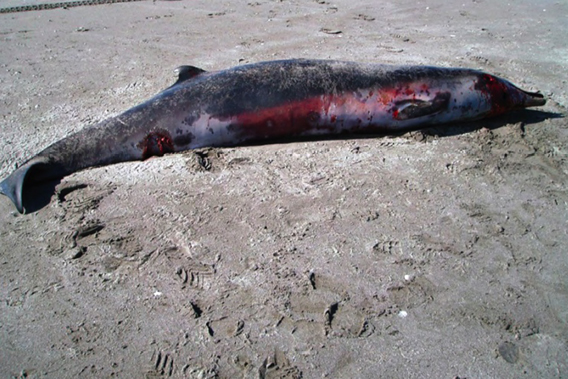 First photos of a spade-toothed beaked whale (Mesoplodon traversii). This is an adult female. As to its injuries, Constantine says, ‘The whales often get injuries when they strand, scraping on rocks and shells in the surfzone before they come ashore. They also are scavenged by seagulls quite quickly once they die so some of the injuries are from scavenging.’ Photo by: New Zealand Department of Conservation. 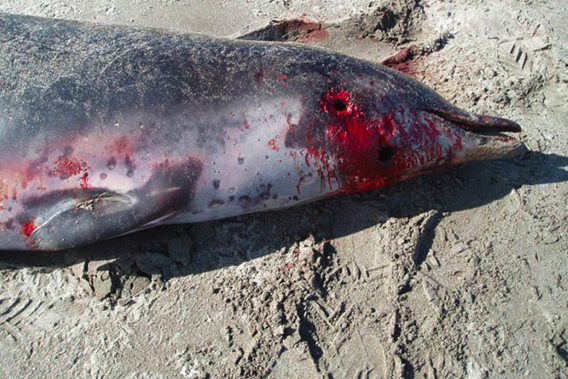