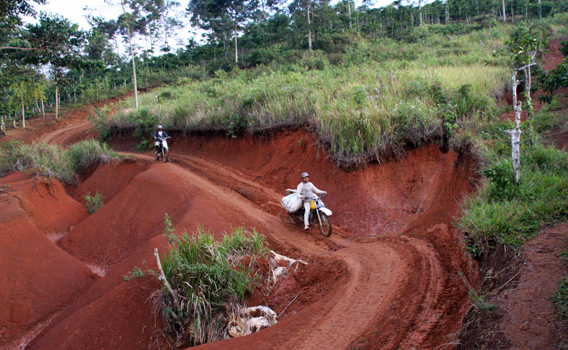 Sumatra’s Bukit Barisan Selatan National Park—home to the Critically Endangered Sumatran rhinos, tigers, and elephants—has become overrun with coffee farmers, loggers, and opportunists according to a new paper in Conservation and Society. An issue facing the park for decades, the study attempted for the first time to determine the number of squatters either living in or farming off Bukit Barisan Selatan National Park, a UNESCO World Heritage Site; the rough census—over 100,000 people—shocked scientists.

“In some parts of the Park the squatters are so numerous that the area looks more like a Javanese countryside,” lead author Patrice Levang with the Center for International Forestry Research (CIFOR) told mongabay.com. “Another surprise was the large number of farmers living outside the Park and farming inside.”

According to date from 2006, around 55,000 hectares (135,900 acres) inside the park are currently under active encroachment. Evictions of some squatters in the 1980s have left around 8,000 hectares (19,700 acres) of regenerating forest, but still the total encroachment areas account for about 15 percent of the t park, which spans 3,568 square kilometers.

Unlike many other parks that face conflict between human occupants and protected area status, Bukit Barisan Selatan National Park was not historically occupied by significant populations.

“Since the 1960s large numbers of immigrants from Java moved to Lampung and converted the forests into coffee plantations, progressively moving from the east to the west and inside the Park,” explains Levang. In fact, around 80 percent of the squatters’ families are originally from Java.

“Most squatters have a low education level and limited marketable skills. They are looking for cheap land in order to make a living. They would prefer more accessible locations closer to schools and dispensaries, but as such locations are not available they make do with encroaching in the Park, the best available opportunity for the time being,” Levang says.

He adds that squatters are fully aware that by farming, logging or living in the park, they are breaking the law. But in recent decades there has been little action by authorities.

“With the advent of democracy and regional autonomy, many local politicians tend to back the squatters in order to expand their constituency,” explains Levang. “Local authorities generally block any coercive action against squatters as such action is considered as ‘politically incorrect.'”

Turning a blind eye to the situation by authorities, has led to increasing boldness by some locals. For example, the study reports a recent rise in illegal logging run by local village elites, known as preman.

“Preman generally own capital and equipment (cars and trucks), lead a small team of henchmen, and are active at networking local authorities. Considering preman as gangsters would be an exaggeration, though the distinction is sometimes tenuous,” the scientists write. Many of these preman have successfully run for local positions, which has “blurred” the distinction between “preman, gangster, and politician.”

The slow whittling away of Bukit Barisan Selatan National Park has been closely linked to coffee prices. In 1977 a peak in coffee prices “triggered spontaneous mass migration to the mountainous areas of southern Sumatra and led to the development of a major deforestation front on the eastern fringe of the Park,” according to the paper.

Since then deforestation inside the park has been closely correlated with the local price of coffee. For example, devaluation of the Indonesian rupiah during the 1997-1998 Asian financial crisis spurred a sudden rise in deforestation.

“Devaluation raised local coffee prices to a record high in 1998, while international coffee prices remained low. This sudden increase in local coffee prices attracted new migrants to the area, while many non-farmers who saw their purchasing power decrease turned to part-time farming to generate cash,” explains co-author David Gaveau, also with CIFOR. “Overall, these results indicate that high producer prices for agricultural outputs accelerate deforestation because farmers who grow export cash crops act to maximize profits, and highlight that rising costs of agricultural commodities are likely to be detrimental to tropical forests.”

Past research by Gaveau has also shown, however, that law enforcement can be effective in deterring deforestation in Bukit Barisan Selatan National Park—at least to a point. Economic opportunities, outside of farming, and better education could also help mitigate deforestation in the long run, according to the 2009 study.

But Levang says that there is no win-win solution to the conflict.

Around 40 Sumatran tigers (Panthera tigris sumatrae), of which only around 400 survive in the wild, are believed to roam the park. In addition to tigers, Bukit Barisan Selatan National Park is also home to an estimated 60-80 Sumatran rhinos (Dicerorhinus sumatrensis), one of only three populations on the island. Worldwide, less than 250 Sumatran rhinos survive. Finally a quarter of the world’s Sumatran elephants—also Critically Endangered—are believed to be in Bukit Barisan Selatan National Park. 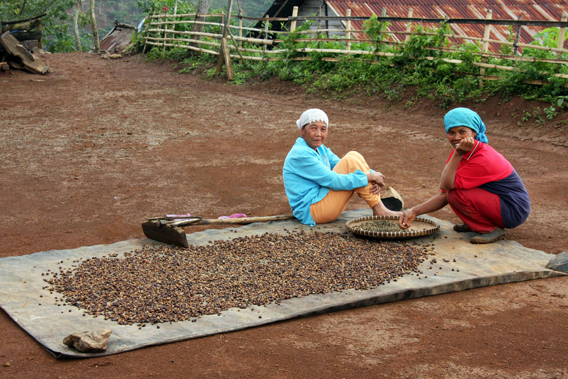 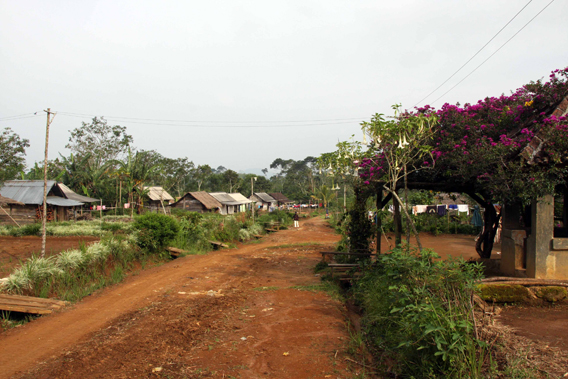 An old village of squatters inside the Bukit Barisan Selatan National Park, including a mature bougainvillea and electric wires. Photo courtesy of Patrice Levang. 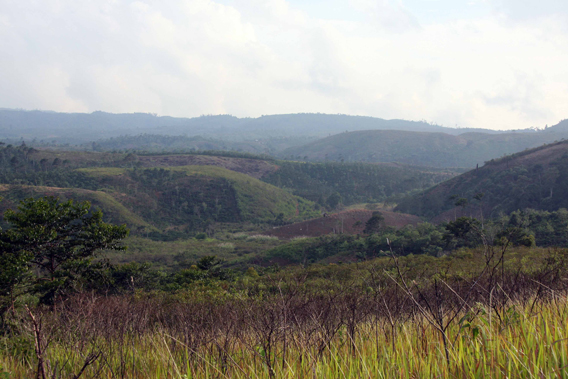 View of Bukit Barisan Selatan National Park in the Sekincau area. The forest has been destroyed over thousands of hectares. Photo courtesy of Patrice Levang.

After protracted Greenpeace campaign, KFC UK says it will no longer source from Asia Pulp & Paper

(10/31/2012) After months of pressure from Greenpeace on its alleged links to deforestation in Indonesia, KFC UK/Ireland has adopted a forest policy that excludes fiber sourced via conversion of tropical rainforests. The policy excludes suppliers like Asia Pulp & Paper (APP), the Chinese/Indonesian forestry giant that has been the primary target of the Greenpeace campaign, but appears to apply only to Kentucky Fried Chicken operations in Britain and Ireland.

(10/25/2012) Beleaguered forestry giant Asia Pulp & Paper (APP) is overstating the conservation significance of its recently announced moratorium on forest conversion on the islands of Sumatra and Borneo, argues a new report issued by an Indonesian activist group.

Will designation of new administrative districts lead to more deforestation in Indonesia?

(10/24/2012) On Monday Indonesia’s House of Representatives moved to establish ‘North Kalimantan’, a new province in Indonesian Borneo. It also voted for four new districts: Pangandaran in West Java, South Coast in Lampung, and South Manokwari and Arfak Mountains in West Papua. While the moves aim to improve governance by boosting local autonomy, they could make it more difficult for Indonesia to meet its deforestation reduction goals if recent trends — detailed in a 2011 academic paper — hold true.

(10/11/2012) U.S. retailer Dollar General has stopped sourcing paper products from controversial brand Asia Pulp and Paper (APP), according to the World Wide Fund for Nature (WWF) which has targeted 20 companies for selling APP-sourced tissue and paper towels. APP has been under fire for years for deforestation on the Indonesian island of Sumatra, the last home to the Sumatran tiger (Panthera tigris sumatrae), Sumatran orangutan (Pongo abelii), and Sumatran elephant (Elephas maximus sumatranus), each of which is listed as Critically Endangered by the IUCN Red List.

(09/27/2012) Asia Pulp & Paper (APP) must stop accepting timber sourced from clearance of rainforests and peatlands for its sustainability pact to have any credibility, says Greenpeace.