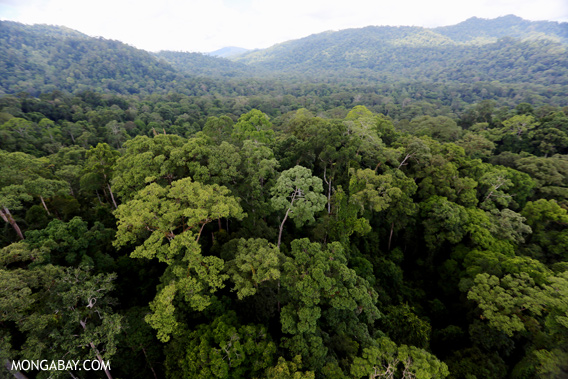 Norway’s $650 billion sovereign wealth fund will ask companies in which it invests to disclose their impacts on tropical forests, as part of its effort to reduce deforestation, reports Reuters. The move could usher in broader reporting on the forest footprint of operations and boost eco-certification initiatives.

In a policy posted on its web site in September, Norway’s Pension Fund said it now expects portfolio “to manage risk associated with the causes and impacts of climate change resulting from greenhouse gas emissions and tropical deforestation.” The fund has investments in some 7,000 companies but the policy is initially directed at “companies with
operations or value chains in sectors and regions materially exposed” to deforestation risk.

The move came after campaigners targeted the fund for continuing to invest in companies associated with deforestation — especially timber, palm oil, mineral, and wood pulp production — at a time when the Norwegian government has committed 3 billion krone per year ($522 million) toward protecting forests, making it the world’s biggest patron of rainforest conservation. 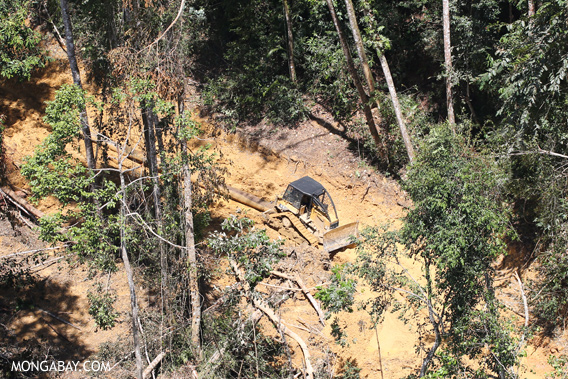 The fund’s new policy was welcomed Rainforest Foundation Norway, one of the groups that pushed for stronger investment criteria.

“This decision is a turnaround from the Norwegian government and an important step forward in the battle to save the world’s rainforests. Companies responsible for deforestation now get a message from one of the world’s largest investors that it is unacceptable to continue destroying rainforests for profit,” said Lars Løvold, director of Rainforest Foundation Norway, in a statement.

“This decision strengthens Norway’s reputation as an advocate of rainforest protection. What remains now is to make this policy operational and demonstrate to the world that Norway is able to follow up on its high profile commitment to save the tropical forests.”

As a first step, the fund will engage in an “ownership dialogue” on climate and forest issues with companies in its portfolio. The fund lists several questions it will consider in assessing deforestation risk.

The new policy doesn’t state the implications for non-compliance, but in recent years the fund has divested from six companies involved in especially egregious deforestation.

Norway’s Pension Fund is thought to be the world’s largest sovereign wealth fund. Launched in 1990, the fund is a product of Norway’s oil revenue.

(07/25/2012) A campaign run by environmental activists has helped lead to a 87 percent reduction in palm oil use by eight major food companies in Norway, reports Rainforest Foundation Norway, which led the effort.

(05/23/2012) Indonesia’s moratorium on new forest concessions will not be enough to meet its 2020 emissions reduction target says the largest backer of the country’s forest and climate action plan.

(03/30/2012) At the same time that it is committing hundreds of millions of dollars a year to protecting rainforests, Norway is investing more than 13 billion dollars a year via its pension fund in dozens of companies linked to deforestation, alleges a new report from Rainforest Foundation Norway and Friends of the Earth Norway.

Norway urged to dump shares of other forest-destroying companies

(08/27/2010) Norway’s Climate and Forests Initiative, which has set aside billions of dollars for efforts to reduce deforestation, should work with the country’s Ministry of Finance to divest the Government Pension Fund from companies that destroy forests, says the Environmental Investigation Agency (EIA), an environmental group.

(08/24/2010) The Norwegian Government’s pension fund sold all its 16 million shares of Samling Global, a Malaysian timber company, after concluding the firm had committed ‘serious transgessions’ in logging outside of concession areas and destroying protected rainforests, reports the Bruno Manser Fund. The sale, worth a total of $1.2 million, represents about 0.3 percent of the company’s outstanding shares based on today’s closing market price in Hong Kong.