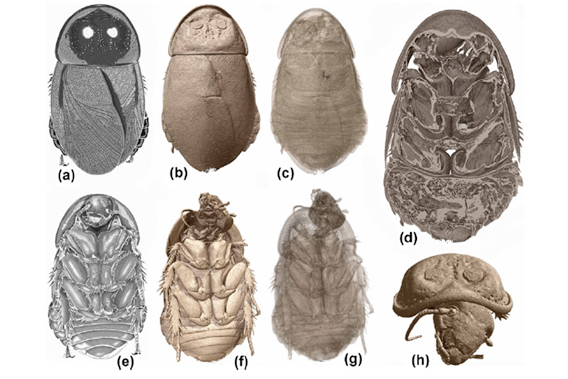 While new species are discovered every day, Peter Vršanský and company’s discovery of a light-producing cockroach, Lucihormetica luckae, in Ecuador is remarkable for many reasons, not the least that it may already be extinct.

The new species represents the only known case of mimicry by bioluminescence in a land animal. Like a venomless king snake beating its tail to copy the unmistakable warning of a rattlesnake, Lucihormetica luckae’s bioluminescent patterns are nearly identical to the poisonous click beetle, with which it shares (or shared) its habitat.

Most common in the deep sea where it first evolved, bioluminescence is the chemical reactions that give certain organisms the ability to produce light. Other luminescing species use light to communicate, attract mates or evade predators, as well as illuminate their environment.

According to the research published in the journal Naturwissenschaften, Lucihormetica luckae is the first known case of asymmetrical bioluminescence. It sports two eye-like spots on its upper back and a tiny third one on the right side only. These lanterns are covered over by a reflective surface similar to an automobile headlight, Vršanský told mongabay.com. This allows the insect to conceal itself behind its own brightness.

Nearly as soon as this species became known to science, it may have been extinguished by the eruption of the Tungurahua Volcano, where it lived. Though the paper documenting their discovery was only published this July, no specimens have been found since the eruption in 2010.

Vršanský, who was first inspired by the beauty of Poloniny National Park, straddling the borders of Ukraine, Poland and Slovakia, and went on to do research on the effects of streetlights on pond ecology, believes his research shows that even creatures considered as terrible as cockroaches “are beautiful if you are sensitive enough.” 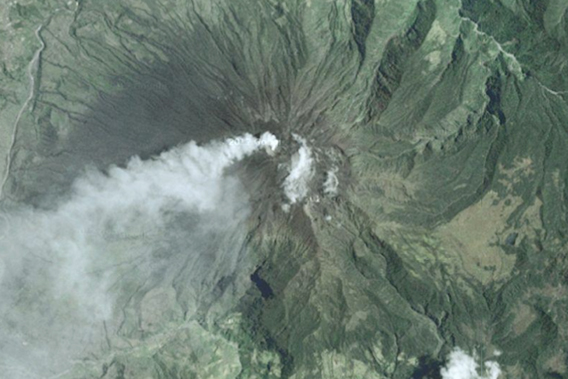 Picture of the day: a bizarre baby bird with oral ‘fingerprints’

(10/25/2012) The crested coua (Coua cristata) is native to island of Madagascar. Unlike much of Madagascar’s wildlife, the crested coua is not considered threatened with extinction, but is listed as Least Concern by the IUCN Red List. There are around nine species of coua in the world, all found in Madagascar; the unique birds belong to the cuckoo family.

By imitating human voices, beluga whale may have been attempting to communicate

(10/23/2012) Five years after the death of a captive beluga whale named NOC, researchers have discovered that the marine mammal may have been trying to communicate with people by mimicking humans voices at the National Marine Mammal Foundation in San Diego. Analyzing tapes of human-like speech from the young male beluga whale, scientists writing in Current Biology note that while there have been reports of beluga whales making human like sounds before, this is the first time evidence has been captured on tape and analyzed.

(10/15/2012) The title is not a typo. Sometimes lioness grow manes as rich and large as males, and there appears to be larger proportion of such ‘maned lionesses’ in Botswana’s Okavango Delta.