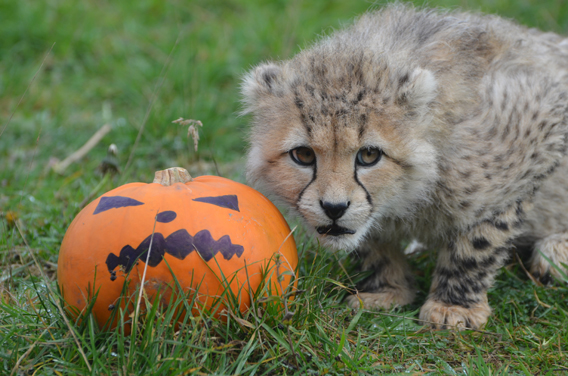 The fastest land animal in the world, cheetahs (Acinonyx jubatus) can exceed 110 kilometers per hour (70 miles per hour) in short bursts. This speed allows them to take down prey using rapid-fire ambush hunting.

Listed as Vulnerable by the IUCN Red List, cheetahs face a wide variety of threats. They have suffered widespread habitat loss, conflict with humans, decline in prey, and are occasionally killed for their coats. The big cats are also sometimes victims of snares set for other animals and poorly-regulated tourism. In the wild, cheetah cubs face incredibly high mortality rates as they are often killed by hunting competitors such as lions. There are also concerns about low genetic diversity among cheetah populations. 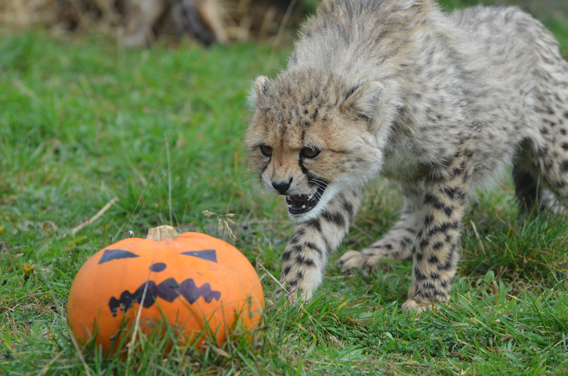 ZSL Whipsande Zoo, Africa section team leader, Mark Holden, said: ‘As it was the first time they’d been given pumpkins to play with, we weren’t sure how they would react – they could have completely ignored them. But after cautiously circling them, they soon got into the spirit of things and had great fun playing with them and it ended up being a fantastic enrichment activity for them.’ Photo courtesy of ZSL Whipsnade Zoo. 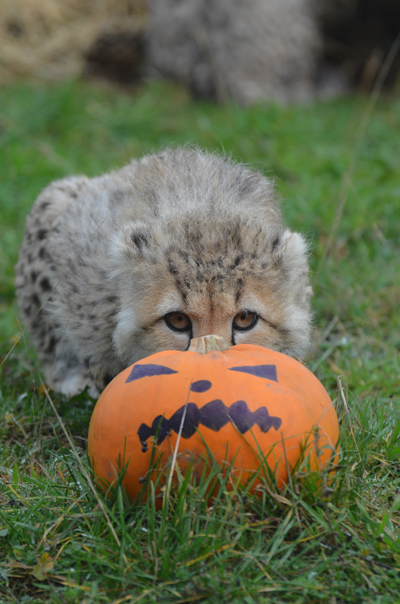 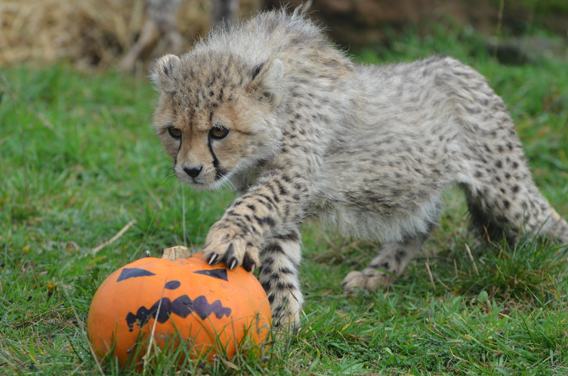 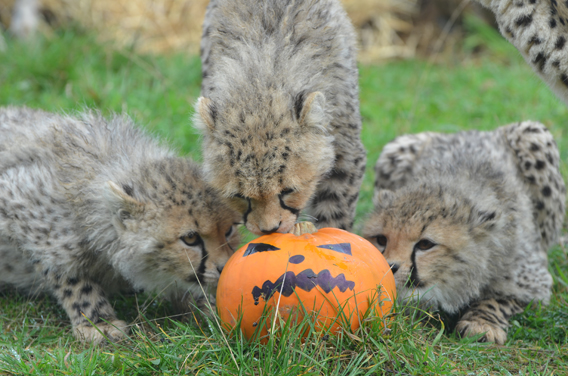