Picture of the day: a bizarre baby bird with oral ‘fingerprints’ 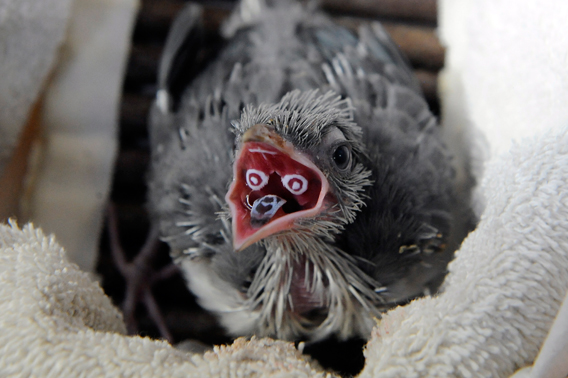 The crested coua (Coua cristata) is native to island of Madagascar. Unlike much of Madagascar’s wildlife, the crested coua is not considered threatened with extinction, but is listed as Least Concern by the IUCN Red List. There are around nine species of coua in the world, all found in Madagascar; the unique birds belong to the cuckoo family.

Every crested coua chick is born with unique markings on the inside of its mouth, much like fingerprints. Scientists believe that the markings help adult crested couas know which chicks to feed. The markings fade as the chicks hit maturity. 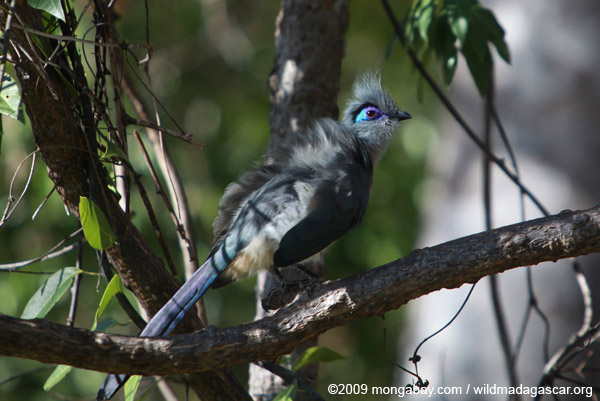 Adult crested coua in Madagascar. Photo by: Rhett A. Butler.