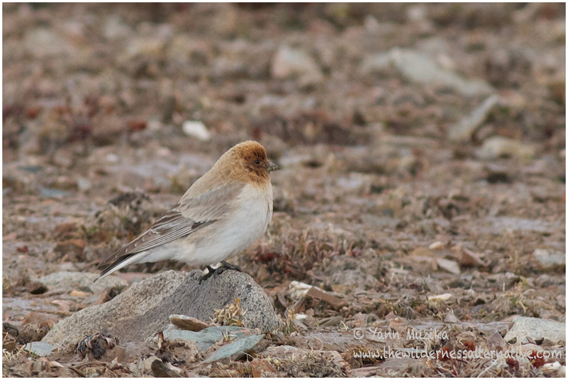 The world’s first photo of a Sillem’s mountain finch. This is a male taken at 5,000 meters above sea level. Photo by: Yann Muzika.

In 1929 the U.S. Stock Market collapsed, the Geneva Convention set standards for prisoners of war, the first Academy Awards was celebrated, and Jérôme Alexander Sillem collected two bird specimens on a high plateau in Xinjiang, China. For 62 years, the specimens sat in a drawer at the Zoological Museum of Amsterdam until C. S. Roselaar found them, studied them, and determined they, in fact, represented a new species of bird: Sillem’s mountain finch (Leucosticte sillemi). Now, 83 years after Sillem collected the only known specimens, a French photographer, Yann Muzika, unwittingly took photographic proof that the finch species still survives.

During a trip to the Yeniugou Valley on the Tibetan Plateau, Muzika snapped several photos of an unknown finch, amid other related birds. Passing the photos onto the Oriental Bird Club, a UK-based charity working on bird conservation and information in the region (including an online library of over 60,000 photos), proved fruitful. The photo editor of the OBC, Krys Kazmierczak, needed only one look at the enigmatic finch.

“The words ‘Sillem’s Mountain Finch’ simply popped into my head, and I sat there for a little while somewhat awestruck,” he later wrote to OBC supporters.

Kazmierczak then turned to several ornithologists, each of who has confirmed that Muzika had indeed captured a vanished species on film.

A trek to study the birds is required for final proof, including a blood sample for DNA. But Muzika plans to return to the site in 2013.

Sillem’s mountain finch appears to be a high-altitude specialist, according to Kazmierczak. Both the original specimens were collected and Muzika’s encounter took place over 5,000 meters (16,404 feet) above sea level, over three times the altitude of Denver.

The OBC encourages other birders traveling to the region to keep an eye out for the mysterious Sillem’s mountain finch. 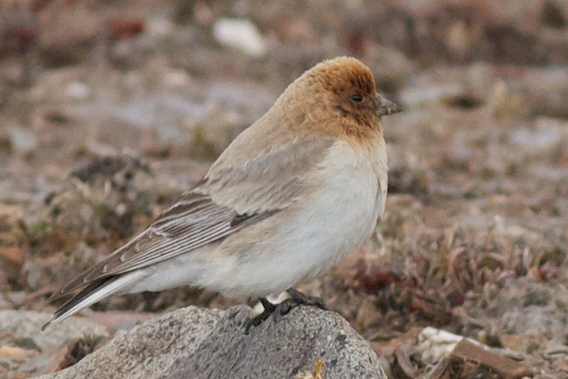 (10/08/2012) I think about extinction a lot. It’s only natural for someone in my line of work. On my way to work I drive past the Colorado National Monument. Even from a distance it’s impressive: piles of dark schist 1,500 million years old; Wingate sandstone from the age of dinosaurs, all of it formed into cliffs, carved into spires. I can see Independence monument from the highway; a tall tower of tan sandstone that John Otto climbed near the beginning of the 20th century without rope. The monument is a display of the massive changes in the world. I often think about the rainforests and the oceans that once covered the land. Ecosystems have come and gone, the planet destroyed and rebuilt over and over.

(09/17/2012) The Brazilian state of Acre has had little attention by bird-lovers and bird scientists, though it lies deep in the Amazonian rainforest. Now a new survey in mongabay.com’s open access journal Tropical Conservation Science by ornithologist, John J. DeLuca, works to build a better picture of rare birds in this largely-neglected region. The work is all the more important as the Brazil-Peru Interoceanic Highway could bring massive changes to the region.