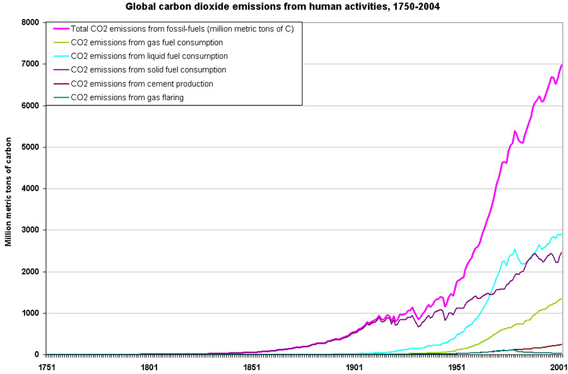 The hour-and-a-half long debate between President Barack Obama and ex-governor Mitt Romney last night ended without a single reference to climate change. Frustrated with the lack of discussion on the issue from both candidates, environmental activists sent a petition with over 160,000 signatures to debate moderator, Jim Lehr, urging him to ask a question about climate change. The petition fell on deaf ears.

“Although Barack Obama and Mitt Romney sprinkle their speeches with mentions of energy and climate, they have remained stubbornly silent on the immediate and profound task of phasing out a carbon-based economy,” reads the website at Climate Science, which hosted the petition. “Their failure to connect the dots and do the math imperils our nation and prevents the development of a national and global plan to respond to the most urgent challenge of our era.”

The U.S. has suffered from a record drought as well as several record heatwaves and fires this year. In fact, July 2012 was the warmest month ever recorded in the U.S., including beating summer records from the Dust Bowl. In addition, just last month saw a new record low for Arctic sea ice extent, an event that took most scientists by surprise due to the scale of the melt.

Although climate change was a visible part of Obama’s 2008 campaign, he has barely mentioned the issue over the past years, following a failed attempt to pass climate legislation and stalled action internationally. For his part, Romney has recently been shifting his language on climate change during his long campaign. He recently questioned whether or not it is man-made, i.e. linked to greenhouse gas emissions, and made the issue the butt of a joke in his Republican National Convention Speech.

The world has warmed by 0.8 degrees Celsius (1.44 degrees Fahrenheit) since the early Twentieth Century with experts overwhelming pointing to a rise in greenhouse gas emissions, especially carbon, as the cause. In recent research, scientists have made increasingly convincing links between climate change and a rise in droughts and heatwaves. Scientists also expect climate change over time to swamp low-lying coastal areas and islands, threaten global agriculture, propel mass extinctions, melt glaciers, acidify the oceans, and possibly increase global conflict and insecurity.

(08/30/2012) In the same week that sea ice in the Arctic Ocean hit another record low due to climate change, the Obama Administration has given final approval to Royal Dutch Shell to prepare for exploratory drilling in the region. Vehemently opposed by environmentalists and indigenous groups, the drilling plans are a part of the Obama Administrations ‘all of the above’ energy policy. Whether or not Shell will actually drill a well this season, however, is still up in the air as its oil spill containment barge remains docked in Washington state for an upgrade that could last several days.