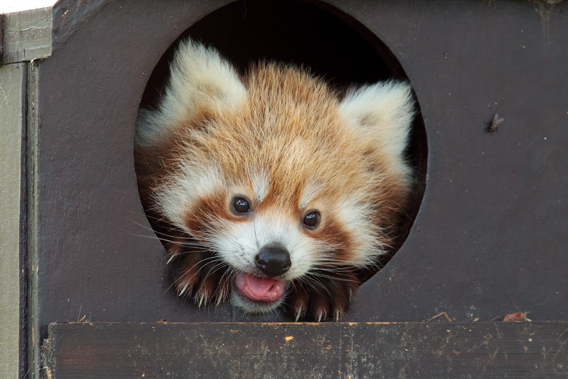 Twin red panda girls were recently born at the Zoological Society of London’s (ZSL) Whipsnade Zoo. They have been named Ying and Yang. Photo by: ZSL Whipsnade Zoo.

Although called red pandas, these Asian animals are neither pandas nor bears, and despite a resemblance to raccoons they are not closely related to them either. Red pandas (Ailurus fulgens) are actually now thought to be the sole living representative of the taxonomic family, Ailuridae. The rest of their near-relatives are extinct, making red pandas a very important species.

Native to temperate Himalayan forests, the red panda can be found in Bhutan, China, India, Myanmar, and Nepal. It is listed as Vulnerable by the IUCN Red List, due to deforestation and poaching in some areas. The red panda eats largely bamboo but will eat insects and small animals. 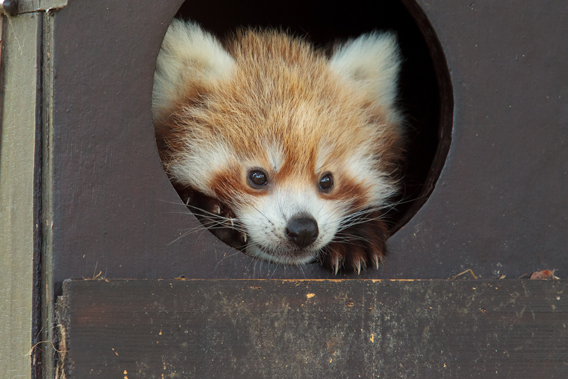 Senior zoo keeper Tessa Knox said of the red pandas: ‘Yin is more sedate while Yang seems to be quite feisty, mirroring the philosophies behind their names – opposites yet complementary forces.’ Photo by: ZSL Whipsnade Zoo.