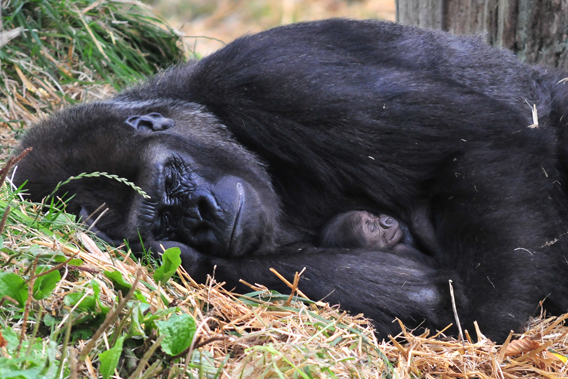 his the Durrell Wildlife Conservation Trust’s (DWCT) first gorilla baby in nine years. Keepers have yet to establish if its a male or female. Photo courtesy of DWCT. Click to enlarge.

Western lowland gorillas are one of four subspecies in the two species (western and eastern) in the gorilla family. They are classified as Critically Endangered by the IUCN Red List. Found in parts of western and central Africa, the subspecies is imperiled by deforestation, bushmeat hunting, and the Ebola virus.

Hopes for the species were raised in 2007 when the Wildlife Conservation Society announced discovering around 125,000 gorillas living in the Lake Télé Community Reserve, a new conservation area in the remote Republic of Congo. 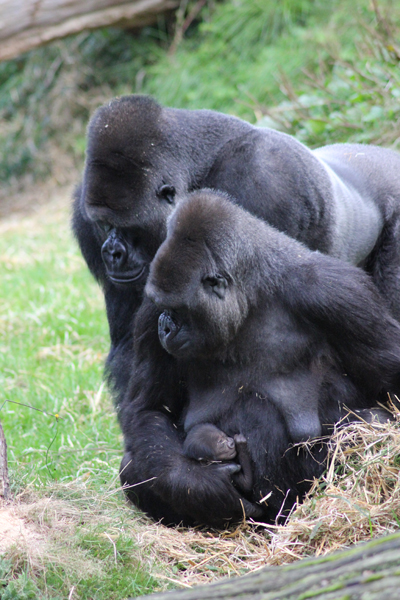 Mother and father with baby. Photo courtesy of DWCT. 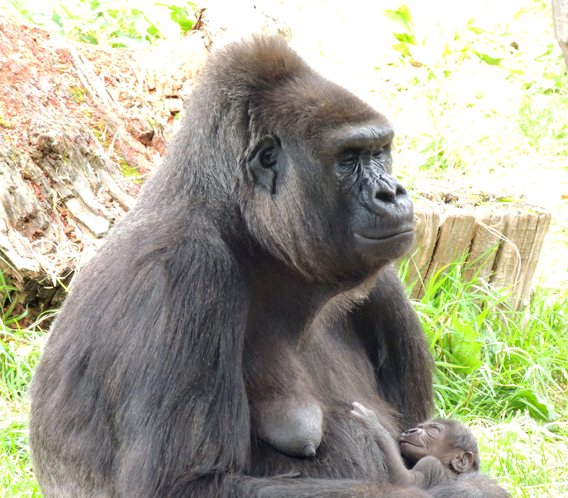 Mother with baby. Photo by: Will Bertram.

Badongo with eyes open. Photo by: Will Bertram.