Cute animal picture of the day: caracal kitten in Yemen 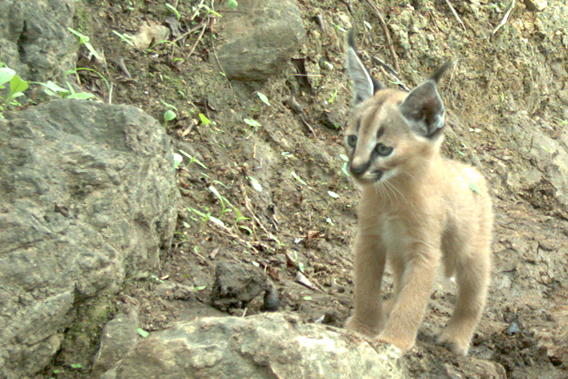 Close-up of a caracal kitten in Yemen taken by camera trap. Photo by: the Foundation for the Protection of the Arabian Leopard.

The first ever research project on the caracal (Caracal caracal) in Yemen has taken an astounding photo of a mother caracal and her kitten in the Hawf Protected Area. Conducted by largely local researchers, the study is aiming to estimate Yemen’s caracal population and better understand the threats to the species.

“In Yemen, the caracal is widely persecuted in retribution for loss of livestock, often without evidence of the culprit. Rampant poverty in a nation surrounded by wealthy neighbors, where collecting wildlife is highly fashionable, also spurs trapping and hunting of the caracal for the illegal wildlife trade. It’s not uncommon to spot dead caracals displayed from ‘hanging trees’ or live caracals offered for sale in Yemen’s major city markets, such as Sana’a, Taiz, Hodeidah, and Aden,” according to a newsletter post by Panthera.

With the support of Panthera‘s Small Cat Action Fund, the caracal study is being carried out by the Foundation for the Protection of the Arabian Leopard.

Listed as Least Concern by the IUCN Red List, the caracal remains common in sub-Saharan Africa, but is imperiled in North Africa and Central Asia. Caracals are mid-sized cats with telltale tall ears that end in black tufts. 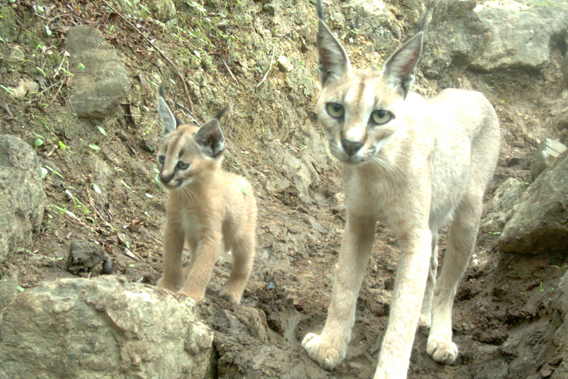 Caracal mother and kitten. Photo by: the Foundation for the Protection of the Arabian Leopard.