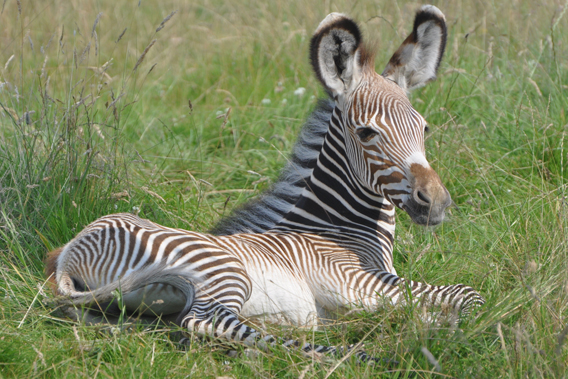 Not only is the Grevy’s zebra (Equus grevyi) the biggest of the three zebra species, it is also the world’s largest wild horse species. Once roaming throughout the horn of Africa, today the species is confined to a few populations in Kenya and Ethiopia. Competing for water and food with livestock, loss of habitat, and hunting have all contributed to the species decline.

Familiar worldwide for their stripes, scientists are still debating why zebras port their iconic stripes. Zebra patterns are wholly unique to the individual. For the record the zebra is a black animal with white stripes. 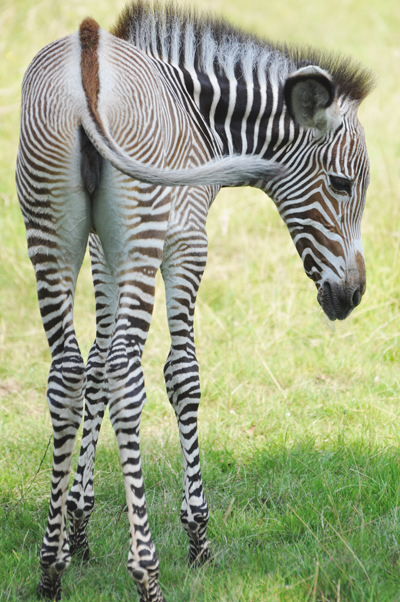 The new zebra foal is not yet named. Photo by: ZSL. 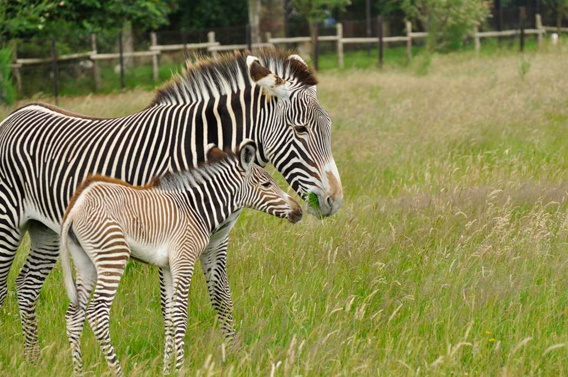 Mark Holden with the ZSL Whipsnade Zoo said that zebra mother,Henna, ‘is doing a great job of looking after her new arrival. It’s her first-born so she’s very protective but both of them are doing really well. The foal can often be seen up and running with the rest of the herd or having a rest with mum.’ Photo by: ZSL. 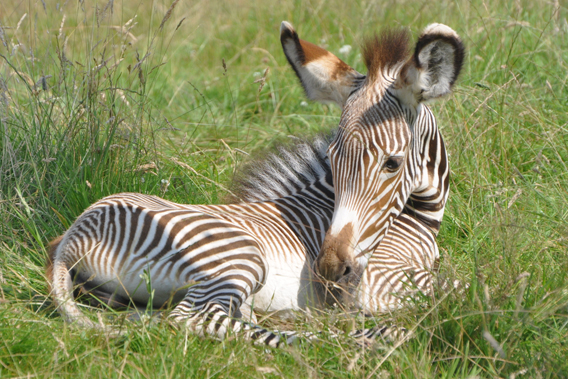 Grevy zebras have the thinnest stripes of the world’s zebra species. Photo by: ZSL.