NASA says that at current rates, all of New Guinea’s glaciers will likely be gone within 20 years.

Scientists haven’t definitively determined what’s causing the glacier retreat, but shifts in temperature, humidity, precipitation, and cloud cover could all be factors. Both climate change and local deforestation could contribute to such changes. 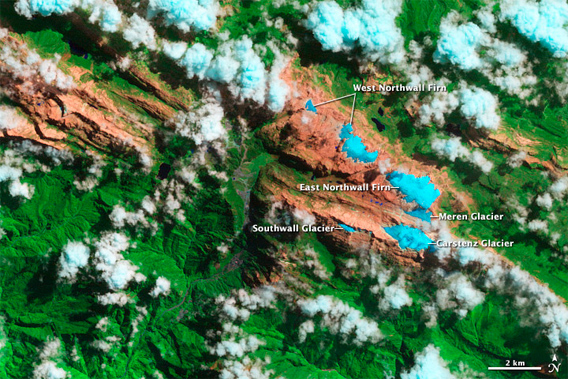 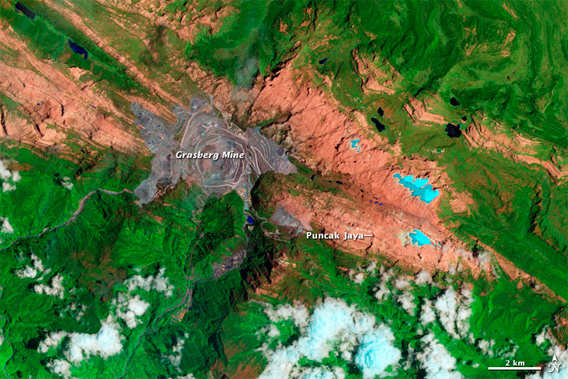 The pair of images above, captured by the Thematic Mapper (TM) on Landsat 4 and Landsat 5, offer a view of the ice loss between 1989 (top) and 2009 (bottom). The images are a combination of shortwave infrared, near infrared, and green light. Ice appears light blue. Clouds are primarily white, though some are tinged with blue. Exposed rock is salmon-colored; forests are green. (The gray area near the center of the 2009 image is the Grasberg mine. Established in 1990 by Freeport McMoran, the open-pit mine has the world’s largest known gold reserve and second largest copper reserve). NASA Earth Observatory image created by Jesse Allen and Robert Simmon, using Landsat data provided by the United States Geological Survey. Image caption by Adam Voiland.