Degradation and destruction of the world’s seagrasses, tidal marshes, and mangroves may generate up to a billion tons in carbon dioxide emissions annually, reports a new study published in the journal PLOS ONE.

The research looked at the world’s 49 million hectares of coastal ecosystems and attempted to estimate emissions from conversion. Due to high levels of uncertainty about the extent of these ecosystems and the rate of conversion as well as the variance in carbon stocks, the study came up with a broad range of emissions: 150 million to 1.02 billion tons of CO2 per year. At the high end, emissions from destruction and degradation of costal ecosystems would approach the annual emissions of Japan, the world’s fifth largest greenhouse gas emitter.

According to the study, the bulk of emissions (53 percent) result from mangrove forest loss. Seagrass (33 percent) and tidal marshes (13 percent) follow. 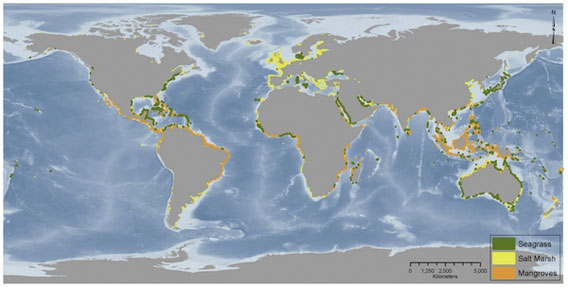 “These coastal ecosystems are a tiny ribbon of land, only 6 percent of the land area covered by tropical forest, but the emissions from their destruction are nearly one-fifth of those attributed to deforestation worldwide,” said Linwood Pendleton, the study’s co-lead author and director of the Ocean and Coastal Policy Program at Duke University’s Nicholas Institute, in a statement. “One hectare, or roughly two acres of coastal marsh, can contain the same amount of carbon as 488 cars produce in a year. Comparatively, destroying a hectare of mangroves could produce as much greenhouse gas emissions as cutting down three to five hectares of tropical forest.”

The results are being used to argue for the inclusion of “blue carbon” in international climate change mitigation programs. Such initiatives aim to use carbon funds — either in the form of aid money or market-based activities like offsets — to finance conservation of these ecosystems. It suggests the economic cost of annual emissions ranges from $6.1 to $41.9 billion.

“Blue carbon ecosystems provide a plethora of benefits to humans: they support fisheries, buffer coasts from floods and storms, and filter coastal waters from pollutants,” said Emily Pidgeon, senior director of Strategic Marine Initiatives at Conservation International and co-chair of the Blue Carbon Initiative. “Economic incentives to reverse these losses may help preserve these benefits and serve as a viable part of global efforts to reduce greenhouse gases and address climate change.” 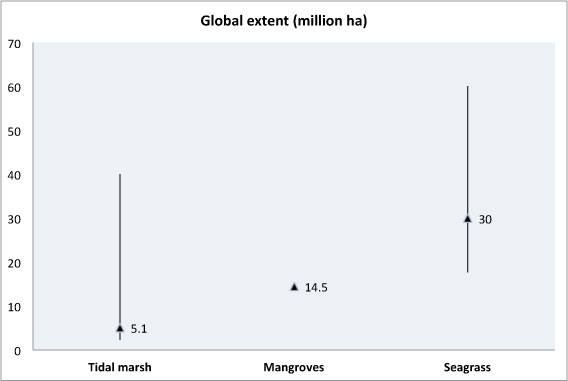 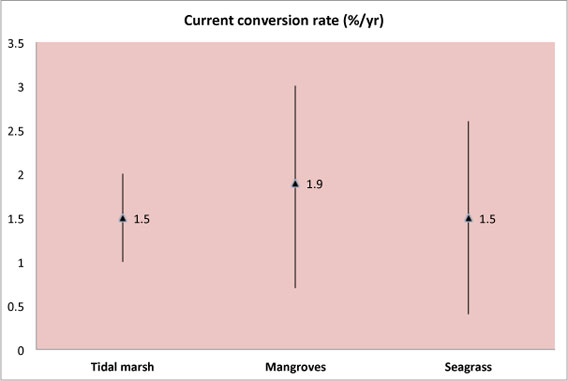 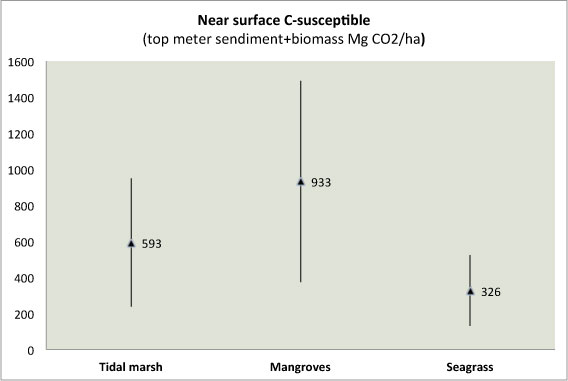 Emissions from conversion of coastal ecosystems