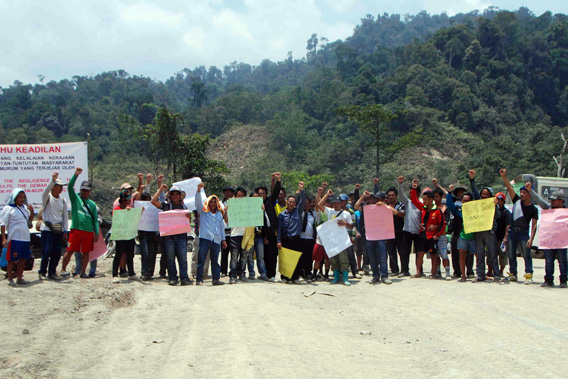 200 indigenous men and women are blockading shipments of construction materials to a dam site in Malaysian Borneo to protest the impact of the hydroelectric project on their traditional forest home, reports the Bruno Manser Fund (BMF), a Switzerland-based group that campaigns on behalf of forest people of Sarawak.

According to the NGO, on the morning of September 26, 200 Penan and Kenyah set up a blockade on the road used by trucks to deliver supplies to Murum dam, a controversial project being built by China’s Three Gorges Corporation. The protesters say they will maintain the road block until Sarawak Energy, the agency behind the dam, meets with them and agrees to their demands relating to involuntary resettlement and their traditional land rights. The dam would flood up to 250 square kilometers of rainforest and farmland, affecting some 1,400 people, says BMF, which adds that the communities fear a repeat of the nearby Bakun dam. 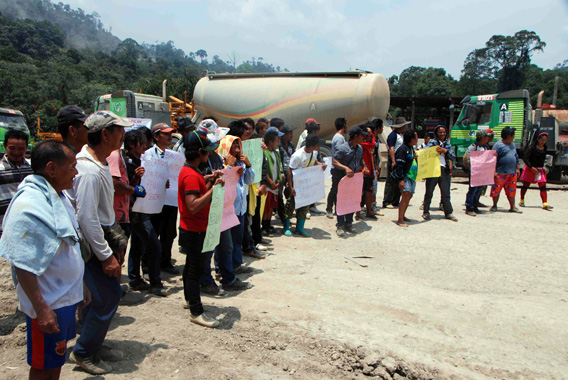 “They have witnessed how the quality of life decreased for their neighboring communities affected by Bakun dam, one of the biggest dams in Asia, when they were forcefully displaced in 1998,” BMF said in a statement. “They do not want to face the same fate: loss of livelihood, poverty and loss of culture.”

The government of Sarawak is planning to build at least a dozen dams over the next twenty years, well exceeding the state’s demand for electricity. But Sarawak says it aims to attract energy-intensive industries like mining. Critics argue that the primary motivation is corruption: large infrastructure offer big opportunities for officials to line their pockets using state funds. Sarawak’s Chief Minister Abdul Taib Mahmud is accused of amassing a personal fortune of some $15 billion through such approaches as well as control over the state’s forest resources.