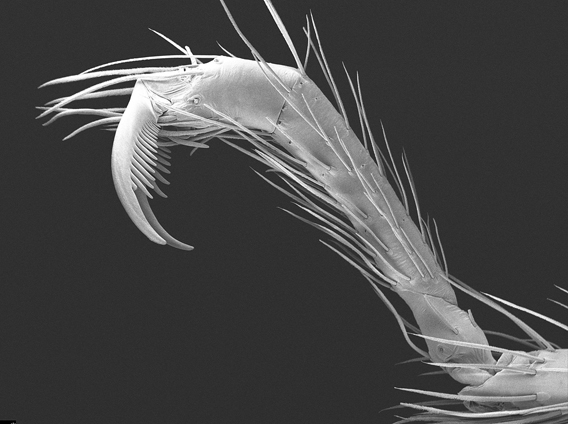 Scouring the caves of Southwest Oregon, scientists have made the incredible discovery of a fearsome apex predator with massive, sickle claws. No, it’s not the Velociraptor from Jurassic Park: it’s a large spider that is so unique scientists were forced to create a new taxonomic family for it. This is the first new spider family to be discovered in North America in over 130 years.

“This is something completely new,” lead author of a paper on the species, Charles Griswold with the California Academy of Sciences, told SFGate. “It’s a historic event.”

The discoverers, who published their description paper in the open-access journal Zoo Keys have named the new species Trogloraptor, which translates loosely to “cave robber,” and they have dubbed a new spider family—Trogloraptoridae—to accommodate what they believe is a primitive spider. The full species name is Trogloraptor marchingtoni after one of its discoverers. 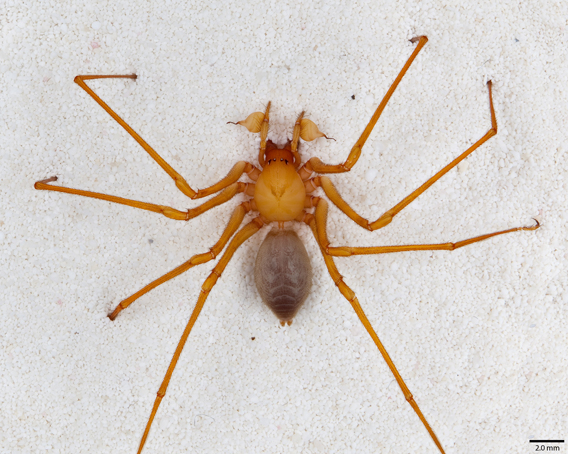 Spanning four centimeters with extended limbs, the spider spins sparse webs on cave ceilings. The researchers consider it is most closely related to goblin spiders, but more primitive still. Almost nothing is known about the new species’ behavior; even what it eats remains a mystery. In fact, the researchers have tried feeding captured spiders various foods, but to date the arachnids have refused the offerings and perished. Still, its sickle claws suggest that Trogloraptor marchingtoni is a stupendous hunter.

While the spider was first discovered in caves near Grants Pass, Oregon, individuals have recently been found in the forests of Jedediah Smith Redwoods State Park in California.

Tens-of-thousands of new species are discovered every year, but uncovering a new ‘family’ is a very rare occurrence. Taxonomic families often cover large groups of animals; for example, all of the world’s cats, from tigers to domestic pets, belong to one family, the Felidae. 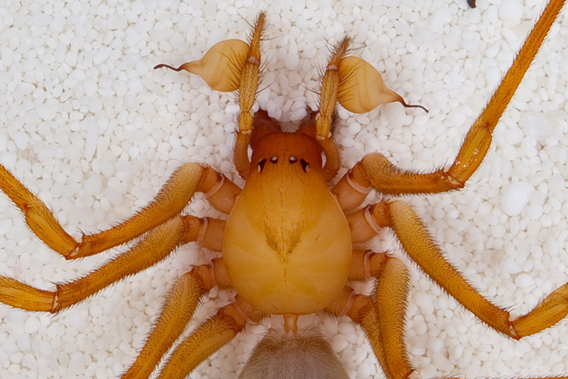 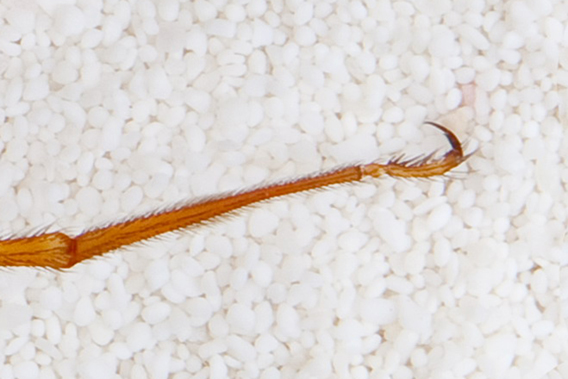 (06/21/2012) A compound found in the secretions of a South American frog is being used to boost the performance of racehorses, reports The New York Times.

(06/04/2012) Ecologists have long argued that everything in the nature is connected, but teasing out these intricate connections is not so easy. In fact, it took research on a remote, unoccupied island for scientists to discover that manta ray abundance was linked to seabirds and thereby native trees.

(09/20/2010) A newly discovered species of spider in Madagascar spins the world’s longest web, report scientists writing in the Journal of
Arachnology and PLoS ONE.

Cricket mothers warn offspring about spiders before they hatch

(02/21/2010) Cricket mothers are long gone by the time their infants hatch, so one would assume that cricket parents have little effect on their offspring’s behavior. Not so, according to a new study in the American Naturalist which proves that mother crickets have the potential to teach their offspring—while still in their eggs—about the hazards of spiders.