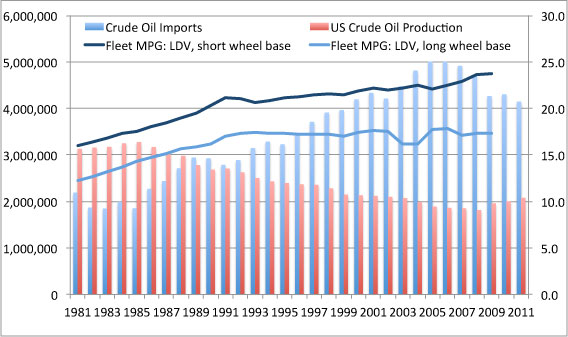 US oil consumption and fuel economy. Data from the EIA.

The Obama administration finalized rules that will boost the national fuel economy standard for cars and light trucks to 54.5 miles per gallon for the 2025 model year.

President Obama said the new rules would reduce oil imports by half.

“These fuel standards represent the single most important step we’ve ever taken to reduce our dependence on foreign oil,” Obama said in a statement. The U.S. imported 4,146,266 gallons of crude oil in 2011.

The rules are expected to boost the cost of new cars, but reduce consumer spending on gasoline in the long term.