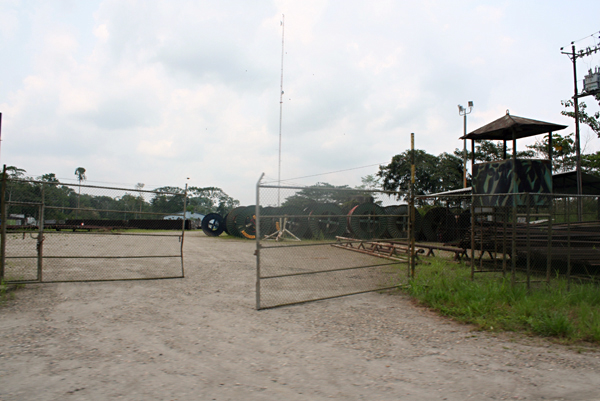 The Inter-American Court of Human Rights has found in favor of a Kichwa community’s right to consultation prior to industrial projects on their land in a ruling that could have implications for many indigenous peoples across the Americas. The court found that the government of Ecuador violated the indigenous people’s rights by allowing the Argentine oil company, Compania General de Combustibles (CGC), on their land without proper consultation.

The Kichwa community of Sarayaku filed the lawsuit in 2006, after CGC, partnering with ConocoPhillips, felled forests, destroyed a cultural site, and drilled hundreds of boreholes for seismic surveying on tribal lands despite never gaining permission to do so from the community. As tensions rose, the Ecuadorian government set up military camps on indigenous land.

Finding in favor of the Sarayaku community, the Inter-American Court of Human Rights ruled that the Ecuadorian government must deal with unexploded explosives left behind by the oil companies and pay reparations for the damage done. Furthermore, the court ruled that in the future the Ecuadorian government must consult indigenous people before granting concessions to industrial companies.

“This sentence will have a far-reaching effect on countries across the region—it makes it crystal clear that states bear a responsibility to carry out special consultation processes before engaging in development projects affecting Indigenous Peoples and their rights,” Fernanda Doz Costa, with Amnesty International, said in a press statement.

The ruling comes as the Ecuadorian government is looking to lease new oil concessions totaling 4 million hectares on indigenous lands later this year.

(07/26/2012) Three engineers are being held hostage by the Juruna and Arara indigenous tribes as tensions rise over the on-going construction of the Belo Monte dam in Brazil, reports the Indigenous rights NGO Amazon Watch. The company building the dam, Norte Energia, has confirmed that three of its employees were being held against their will. Tribal groups in the region say the massive dam will upend their way of life, and that construction is already making travel along the Xingu river difficult.

Building indigenous resilience in the face of land-grabbing, deforestation in Malaysian Borneo

(07/10/2012) In the 1980s images of loincloth-clad tribesmen blockading blocking logging roads in Malaysian Borneo shocked the world. But while their protests captured the spotlight momentarily, Borneo’s forests continued to be destroyed at rapid rates, undermining traditional communities that are dependent on these ecosystems for food, shelter, medicine, clean water, and spiritual inspiration. Nomadic tribes are now but a memory in Borneo, but other tribal groups continue to fight for their forests by seeking legal recognition of their lands and blocking destructive projects, including oil palm plantations, logging operations, and large-scale hydroelectric projects. Helping them is The Borneo Project, a Berkeley-based non-profit that works in partnership with indigenous communities and the small non-profits that support them.

(07/03/2012) As of Tuesday, the occupation of Belo Monte dam by indigenous tribes entered its 13th day. Indigenous people, who have fought the planned Brazilian dam for decades, argue that the massive hydroelectric project on the Xingu River will devastate their way of life. According to a statement from the tribes, 17 indigenous villages from 13 ethnic groups are now represented at the occupation, which has successfully scuttled some work on the dam.