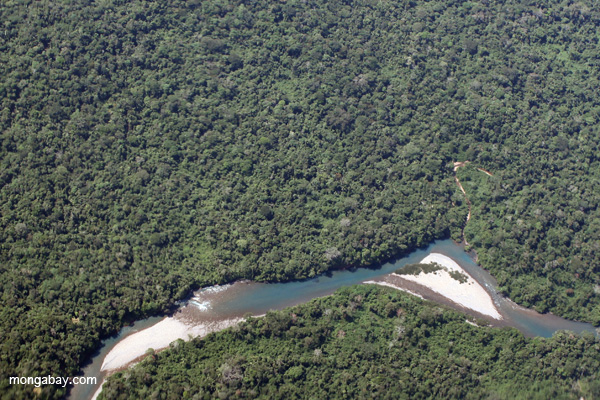 The initiative, dubbed Code REDD, requires carbon project developers to sign a code of ethics as well as achieve certification under VCS and CCB.

By publicly announcing the intent to purchase a large number of credits, Code REDD aims to push other companies to voluntarily commit to offset some of their CO2 emissions with forest carbon credits while steering them away from dodgy REDD+ projects.

“Reducing your carbon footprint is not a UN obligation,” said Mike Korchinsky, Founder of the Code REDD Campaign and CEO of Wildlife Works, a REDD+ project developer. “It’s a global responsibility.”

While the concept of reducing deforestation is widely supported, the details of REDD+ remain contentious, including concerns about shady land dealings, subsidies for logging, corruption, social conflict, finance sources, and the very premise of carbon offsets, among others. Code REDD is attempting to avoid some of the controversies by promoting voluntary (non-compliance) credits linked to basic social and environmental safeguards.