Note: this article was updated June 29 to correct a reference to the Ministry of Forestry using the study to seek REDD+ payments for logging concessions. 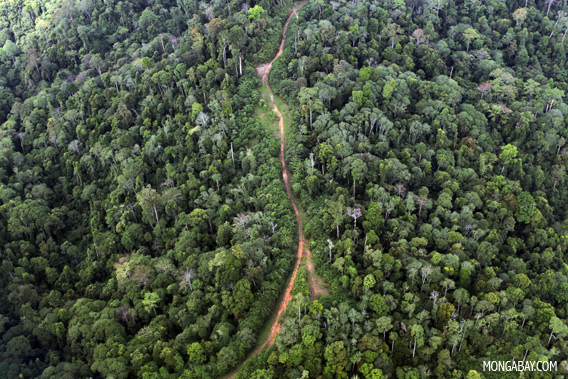 The study, led by Davd Gaveau of CIFOR, is based on assessment of satellite imagery and land use regulations across 440,000 square kilometers in Sumatra. The research excluded “inaccessible” and “remote” conservation areas to focus only on the effectiveness of protected areas (dubbed “managed protected areas”) in areas where deforestation is actually a risk. Putting aside those areas, the researchers found that managed protected areas had a similar deforestation rate to logging concessions. In contrast, conversion areas experienced substantially higher deforestation — forest cover in areas under such designation fell by more than half during the decade.

The results indicate that in the 1990s, Indonesia’s protected areas didn’t effectively protect forests. The findings are consistent with research in other parts of Indonesia, including a 2004 paper led by Lisa Curran (a co-author on the Conservation Letters study) which found Kalimantan’s protected lowland forests declined by about 56 percent between 1985 and 2001. 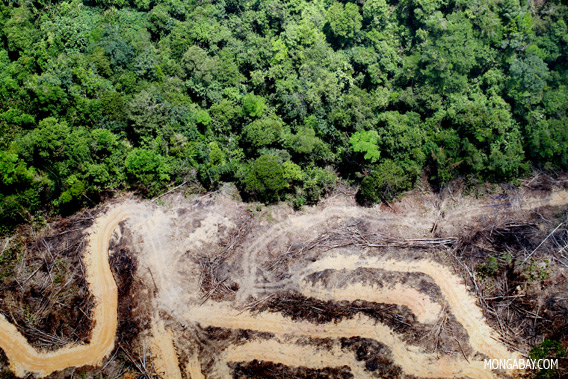 Forest being converted for an industrial plantation — either oil palm or timber — in Borneo. Timber plantations were classified as “conversion forest”, not “production forest”, in the study. Therefore replacement of natural forests by plantations would not have reduced the observed deforestation rate, according to the researchers.

Though the study didn’t quantify greenhouse gas emissions for forest loss or degradation in protected and production forests, it may nonetheless have implications for the reducing emissions from deforestation and degradation (REDD+) program, potentially supporting the notion that improved management of Indonesia’s at-risk protected areas could represent an opportunity for real emissions reductions and therefore qualify for REDD+ payments. Conservation areas are typically excluded from REDD+ discussions since they generally don’t represent additional sources of carbon dioxide emissions by virtue of their already protected status.

An update using 2010 data would help clarify whether these observed trends are continuing.