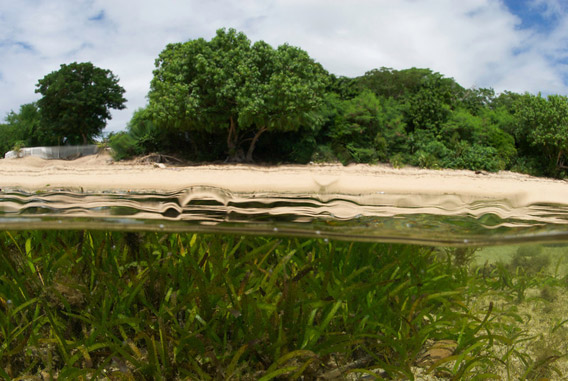 Mangroves above and seagrass below in Vohemar Bay, Madagascar. Photo: © Keith Ellenbogen/iLCP.

Just below the ocean’s surface lies a carbon powerhouse: seagrass meadows. New research in Nature Geoscience estimates that the world’s seagrass meadows conservatively store 19.9 billion metric tons of carbon, even though the threatened marine ecosystems make up only 0.2 percent of Earth’s surface. The findings lend support to the idea that seagrass protection and restoration could play a major role in mitigating climate change.

“One remarkable thing about seagrass meadows is that, if restored, they can effectively and rapidly sequester carbon and reestablish lost carbon sinks,” study coauthor Karen McGlathery with the University of Virginia said in a press release.

Examining nearly a thousand seagrass meadows worldwide, the study found that the ecosystem are capable of storing around 83,000 metric tons of carbon per square kilometer. This is over double what an average forest stores: on average 30,000 metric tons per square kilometers. Storing carbon deep in their soils, the researchers say seagrass meadows likely sequester 10 percent of the carbon in the world’s oceans.

“Seagrasses have the unique ability to continue to store carbon in their roots and soil in coastal seas. We found instances where particular seagrass beds have been storing carbon for thousands of years,” explains James Fourqurean, lead author and researcher with the Florida International University and the Blue Carbon Initiative.

Seagrass beds have long been recognized as providing crucial ecosystem services such as habitat and nurseries for many marine species, mitigation of pollution, and alterations in water flow, yet these precious meadows continue to be lost. According to the study, almost one third of all seagrass meadows have been destroyed by dredging, degradation of water quality, and coastal development. Currently at least 1.5 percent of seagrass meadows are lost annually, producing carbon emissions that could equal a quarter of those stemming from global deforestation.

A study in 2009 estimated that 58 percent of the world’s seagrass meadows were in decline.

Given this, the scientists say the world should prioritize conservation efforts, while working to restore degraded and vanished seagrass meadows.

“Our vital seagrass ecosystems have always been a conservation priority, given their myriad benefits of ecosystem services to local communities,” said Emily Pidgeon, co-chair of the Blue Carbon Initiative and senior director of Strategic Marine Initiatives at Conservation International (CI). “Now we must also recognize the vital importance of coastal ‘blue’ carbon ecosystems, such as seagrass meadows, for their importance to global climate health.” 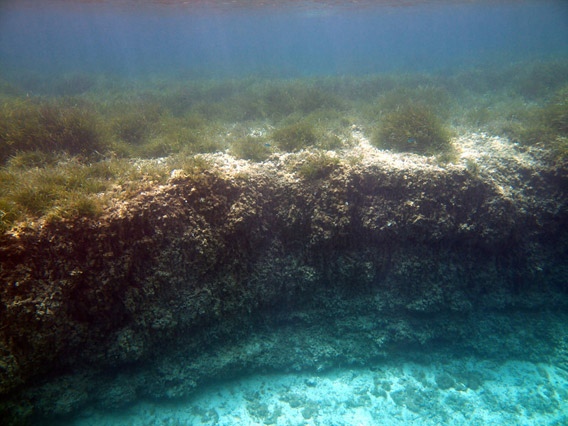