Approximate site of exploratory drilling by Shell in the Arctic’s Beaufort Sea. Pink outline is the Arctic National Wildlife Refuge (ANWR). Shell is also hoping to drill in the neighboring Chukchi Sea. Image made with Google Earth.

Greenpeace has announced that 20 of its activists, stemming from 13 countries, have locked themselves in an icebreaker ship in Helsinki, Finland. The ship is scheduled to move out to the Alaskan Arctic to aid in exploratory offshore drilling by oil giant Shell. Another icebreaker has already left for the U.S. Arctic; both have been leased to Shell by their owner, the Finnish government.

“We are here on behalf of the nearly 400,000 people around the world who in just a couple of months have spoken out demanding that Shell cancel its reckless campaign of Arctic destruction,” Greenpeace campaign manager in Finland Tapio Laakso said in a statement. “Oil companies know full well that an oil spill off the Alaskan coast would devastate the environment and prove impossible to clean up.”

Environmentalists and local indigenous groups are largely critical of Shell’s plans to deal with an an oil spill in extreme Arctic conditions.

“The Arctic Ocean is prone to hurricane-force storms, 20-foot swells, sea ice up to 25 feet thick, sub-zero temperatures and months-long darkness. What’s more, the Arctic has extremely limited infrastructure (there are no roads or deep water ports and only a handful of small airports) and the nearest Coast Guard station is 1,000 miles away,” says Cindy Shogan, Executive Director of the Alaska Wilderness League. One of the largest concerns is that if an oil spill is not cleaned up before winter ice arrives, the oil company would simply have to abandon containment efforts.

In January, a letter signed by 573 scientists urged the Obama Administration to conduct more studies in the Arctic before allowing offshore drilling.

Shell contends that its oil spill plans are the best in the world and it will be able to quickly deal with any spill. However, a recent report by the U.S. Government Accountability Office found that there remain a number of risks to drilling in the remote region.

To date, offshore drilling in the Arctic has been approved by the Obama Administration, which is touting an “all of the above” energy strategy that includes increasing the exploitation of fossil fuels, from offshore oil drilling to fracking, while at the same time providing some support for renewable industries.

While the immediate debate over drilling in the Arctic often focuses on oil spills, climate change is also an issue. The Arctic has suffered the biggest impacts from climate change to date with sea ice vanishing and temperatures rising faster there than anywhere else on Earth. Still, Arctic governments have seen the vanishing ice as an opportunity to further exploit the region for fossil fuels—which will exacerbate global warming—instead of as a sign that climate change must be rapidly tackled. 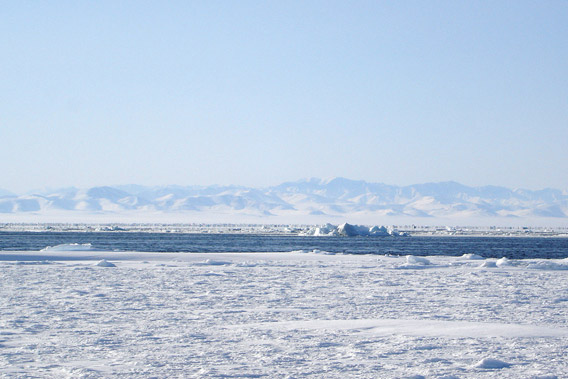