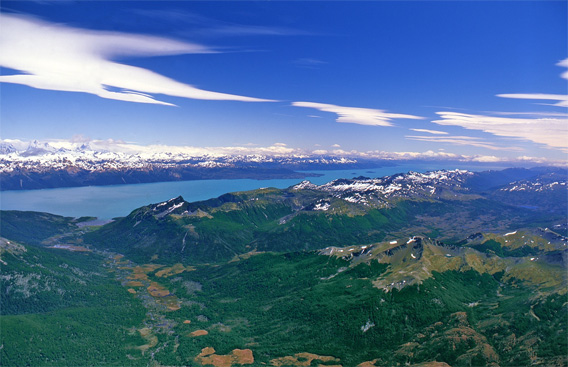 The trail will connect stunning uplands to coastal areas in Karukinka Natural Park, a 294,999-hectare (728,960 acres) protected area on the island of Tierra del Fuego owned and managed by the Wildlife Conservation Society (WCS) in Chile. The trail will be completed in December 2012 as part of an effort to make Karukinka more ecotourism-friendly.

“With the opening of this trail, WCS is materializing Chile’s interest to increase visitors based on nature, conservation and wildlife in the region of Magallanes, one of three national tourism targets,” said Dr. Bárbara Saavedra, WCS Chile Director and President of the Ecological Society of Chile, in a statement. “WCS is working with the Karukinka Advisory Council, representatives of the scientific, academic and business sectors who are mainly Chileans, as we pursue recommendations and advice to guide Karukinka’s development.”

WCS is sending an “expedition” to Karukinka from April 12-18. The area is known for spectacular landscapes and large colonies of penguins, elephant seals, and seabirds.