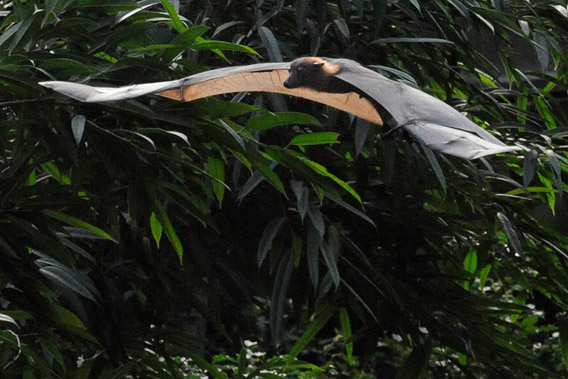 Indian flying foxes (Pteropus giganteus) are now soaring a the Wildlife Conservation Society’s (WCS) Bronx Zoo. With wingspans that reach 4 to 5 feet (1.2-1.5 meters), they are one of the world’s largest bats.

“Bats are a vital part of the ecosystems where they live. Many species around the world are seeing significant population declines due to human activity and habitat loss,” said Jim Breheny, WCS Executive Vice President and Bronx Zoo Director. “We added these animals to JungleWorld to educate visitors about the incredible diversity of species found in Asia.”

Although Indian flying foxes are still relatively abundant, they face declines from hunting, deforestation, and persecution by farmers, according to WCS. The IUCN Red List categorizes the species as Least Concern. Some research has shown that flying fox, also known as fruit bats, are important seed dispersers and pollinators. 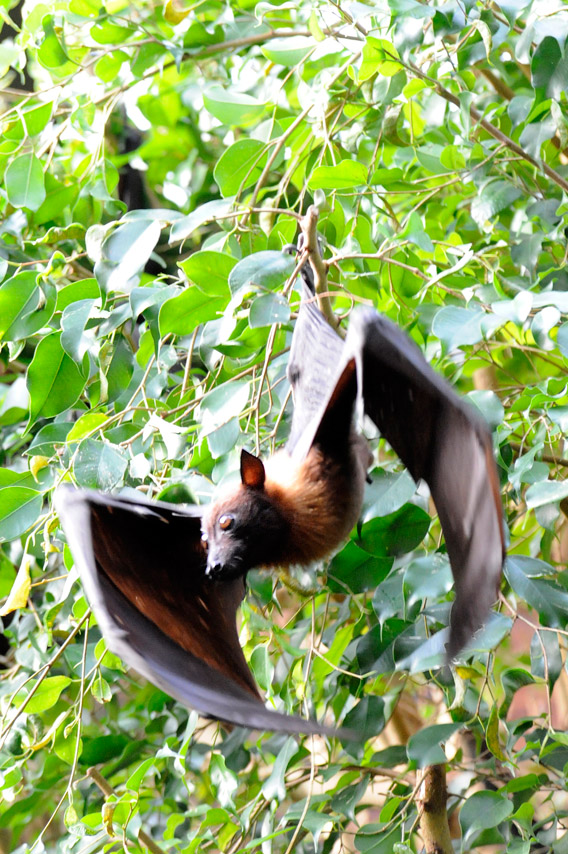