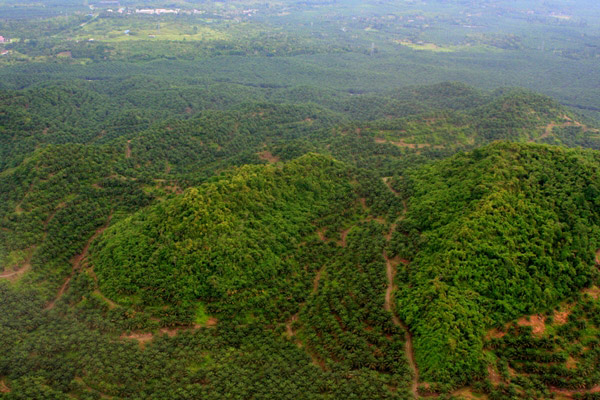 Documents under investigation show that around $90 million may have been laundered from logging companies in Sabah to UBS bank accounts linked to high-ranking Malaysian officials, according to the Sarawak Report. Critics of the government say the money is likely kickbacks from logging companies to government officials for the right to log in the state’s declining rainforests. Such transactions are alleged to occur typically in the run up to elections.

The bank accounts in question have been linked to two associates of Sabah’s Chief Minister Musa Aman. According to the Sarawak Report the money was to be held “on trust” for Musa Aman, Sabah’s head of state, by timber trader Michael Chia and lawyer Richard Christopher Barnes. To date, Aman has denied the allegations.

But an investigation into the alleged money laundering is currently being conducted by Hong Kong’s Independent Commission Against Corruption (ICAC). In addition, Switzerland’s Attorney General recently noted that they have provided legal aid to the investigation.

The indigenous-rights NGO, the Bruno Manser Fonds, has called on the ICAC to release more details about the investigation. The group also condemns UBS for its role in the alleged money laundering and says “[we are] currently examining if the bank’s conduct includes legal offenses under Swiss law.”

(12/12/2011) A coalition of Malaysian and international NGOs are calling for the arrest of Sarawak chief minister Abdul Taib Mahmud and 14 family members for alleged abused of power, corruption, and money laundering, reports the Bruno Manser Fund, a group that has signed the letter urging action.

(12/04/2011) The leader of the Malaysian state of Sarawak has acquired billions of dollars’ worth of “illicit” assets, alleges a new investigation by the Bruno Manser Fund, which reveals holdings in over 400 companies across two dozen countries.

(09/12/2011) Banking giant Deutsche Bank is under investigation by the German Federal Financial Supervisory Authority (BaFin) for its dealings with the family of Abdul Taib Mahmud, the chief minister of the Malaysian state of Sarawak, reports the Bruno Manser Fund, a group that campaigns on behalf of forest people in Borneo.

Wikileaks: US warned of severe corruption in Malaysia’s Sarawak state

(08/30/2011) U.S. government sources characterize the ruler of Malaysia’s Sarawak as ‘highly corrupt’ and plagued with conflicts of interest, according to secret cables released today by Wikileaks.