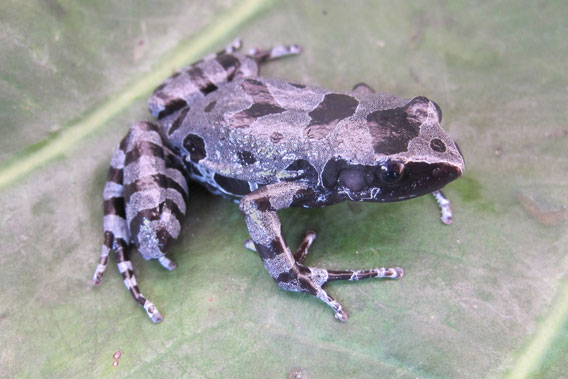 The Bururi long-fingered frog was rediscovered after missing for 62 years. Photo by: David Blackburn.

A pair of researchers have rediscovered a long-lost frog in the tiny African country of Burundi. Known as the Bururi long-fingered frog (Cardioglossa cyaneospila), the species hadn’t been seen for over 60 years—since the Soviet Union tested its first nuclear weapon in 1949—but was rediscovered in Bururi Forest Reserve.

“I thought I heard the call and walked toward it, then waited,” said David Blackburn with the California Academy of Sciences in a press release. “In a tremendous stroke of luck, I casually moved aside some grass and the frog was just sitting there on a log. I heard multiple calls over the next few nights, indicating a healthy population of the species, but I was only able to find this one specimen.”

The Bururi long-fingered frog, measuring about (3.8 centimeters) 1.5 inches, is named for its extra long “ring finger” on each foot. The finger sticks out from its other digits much like the aye-aye’s extra long finger, which the lemur uses to skewer insects. But unfortunately almost nothing is known about the Bururi long-fingered frog, including the purpose of its especially long digit.

Blackburn, along with Eli Greenbaum with the University of Texas at El Paso, had traveled to Burundi with the goal of finding this particular species, since there were concerns it had already gone extinct. Burundi is one of the most densely populated nations in Africa and one of the poorest countries on Earth. Civil wars have plagued the country, causing many to fear much of its biodiversity had been wiped out.

However, Blackburn and Greenbaum not only rediscovered the Bururi long-fingered frog, but also documented dozens of amphibians that had never been recorded in Burundi before. In addition, they say they may have even found new species, although more research is needed to confirm this.

“Because Burundi is poorly explored, we’ve probably doubled the number of amphibian species known from the country. Once we demonstrate that Burundi contains rare and endemic species, we can work with the local community to make a strong case for preserving their remaining natural habitats,” Greenbaum says.

Despite the instability of the country, the 3,300 hectare Bururi Forest Reserve still contained rare birds and chimpanzees, according to the researchers. A travel website for Burundi says that 25 mammals and 117 birds have been recorded in the reserve.

Blackburn and Greenbaum’s specimen of the Bururi long-fingered frog was brought back to the U.S. for genetic analysis. 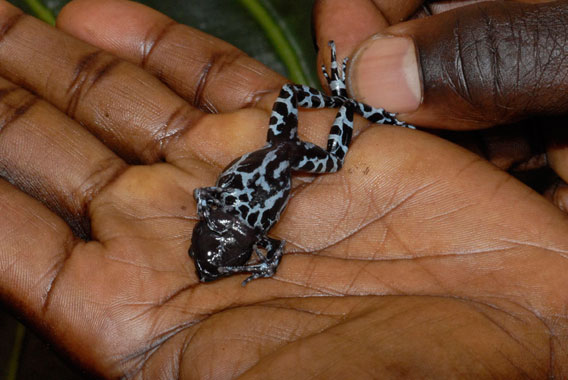 The underside of the Bururi long-fingered frog. Photo by: Eli Greenbaum. 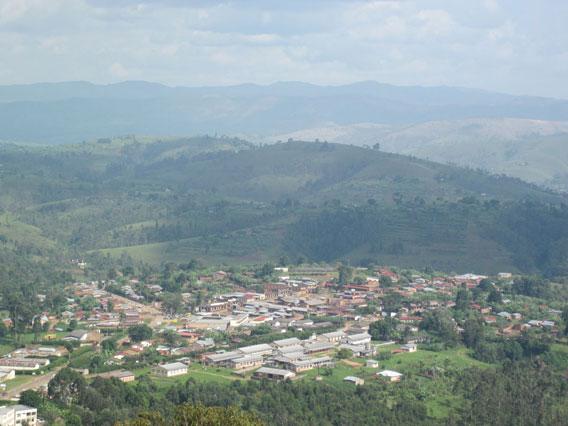 (09/15/2008) Rwanda and Burundi have agreed to protect a large tract of tropical mountain forest that is home to chimpanzees, rare owl-faced monkeys, and other wildlife.

Deforestation rates jump in Uganda and Burundi, fall in Rwanda

(01/25/2006) Tropical deforestation rates have skyrocketed in Uganda and Burundi, while declining significantly in Rwanda according to mongabay.com’s analysis of data from the Food and Agriculture Organization (FAO) of the United Nations.