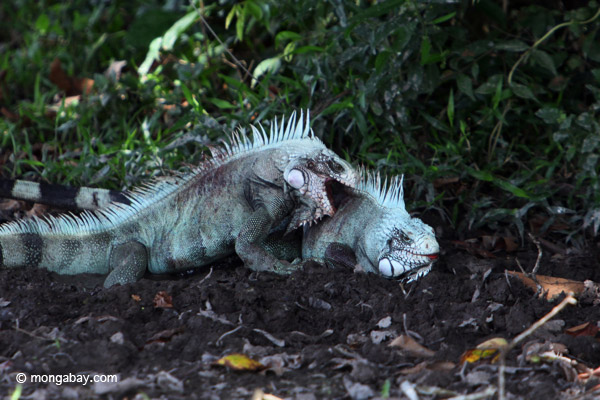 Bloodied male green iguanas fight in Colombia. All photos by: Rhett A. Butler.

Found throughout Central and South America and parts of the Caribbean, the green iguana (Iguana iguana) is a large, mostly herbivorous lizard.

The species, which has not been evaluated by the IUCN Red List, is threatened by the pet trade, habitat loss, and hunting.

Male green iguanas are territorial and are capable of fierce fighting as evidenced by these photos. 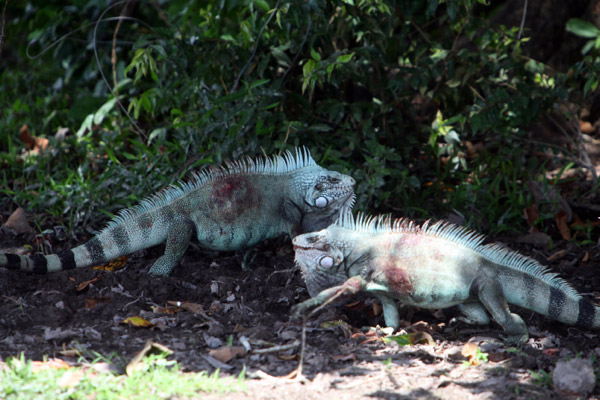 Green iguana males stalking one another. 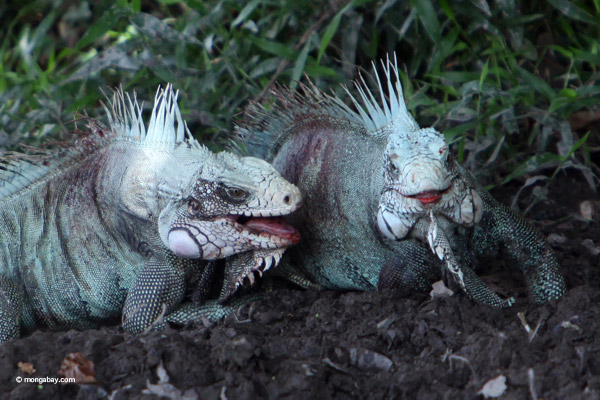 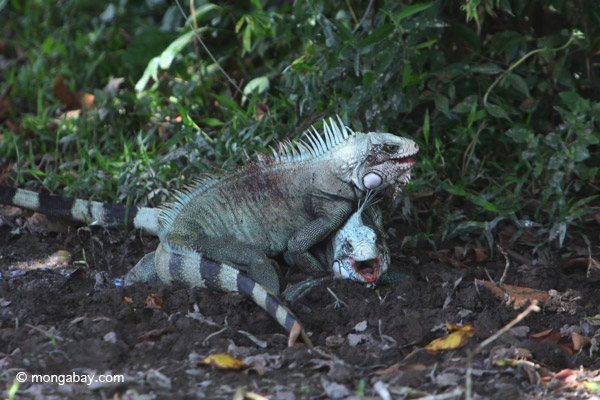 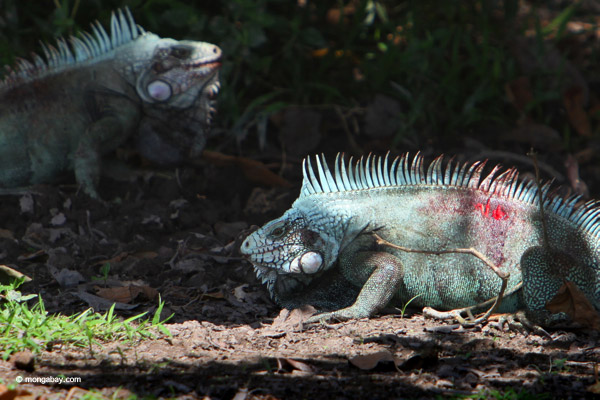