Picture of penguins is a prize-winner 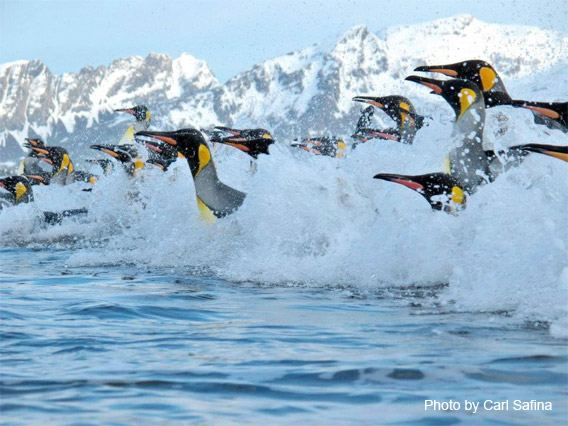 Fans of the mongabay.com page on Facebook participated in the vote, selecting among more than 30 photos submitted by users.

Runners up in the contest were Lucille Le Corre with a shot of a Blue Crowned Pigeon at Weltvogelpark in Germany and Patricia Paladines with her picture of an Upland goose (Chloephaga picta leucoptera) and goslings in the Falkland Islands.

Safina will take home a copy of RAINFORESTS, a book recently published by mongabay.com’s Rhett A. Butler.

Safina — an accomplished author, musician, and poet who runs the Blue Ocean Institute — said he was pleased with winning the contest.

“I’m tickled that my photo won Mongabay’s first photo contest. I stood in the surf in the same spot for over two hours as penguins continued coming and going, trying to make that shot work. And in the end it was worth every chilly minute,” said Safina. “Penguins and other animals are living in a changing world, and the Blue Ocean Institute explains what a changing ocean means to wildlife and to people, working to instill both urgency and a sense of hope.”