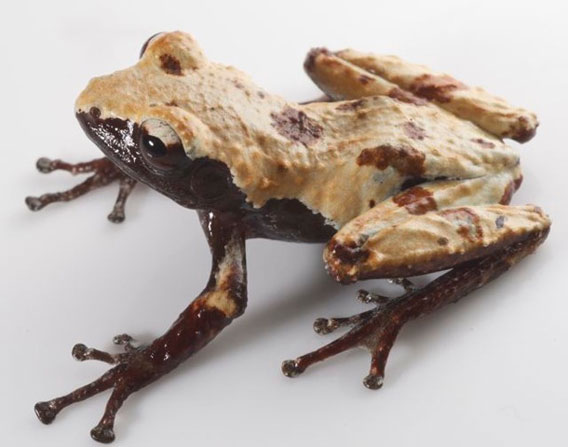 Researchers have discovered two new frog species living in the montane tropical forests of Vietnam. Known as moss frogs, these small amphibians employ camouflage as one way to keep predators at bay, in some cases resembling the moss that gives them their name.

The new species have been evocatively dubbed the misty moss frog (Theloderma nebulosum) and the cloaked moss frog (Theloderma palliatum). The first was named after its misty habitat on Kon Tum Plateau, while the second was named after its ability to change the colors and patterns along its back. The frogs are less than 3 centimeters (1.18 inches) long, around the size of a small paper clip.

The frogs’ discoverers fear the species may already be endangered, although both are found in protected areas: the cloaked moss frog in Bidoup-Nui Ba National Park and the misty moss frog Ngoc Linh Nature Reserve.

“They are likely to be restricted to relatively small patches of high-elevation forest on the Kon Tum and Langbian plateaus, and hence particularly vulnerable to threatening processes such as habitat loss and over-collection. […] Collection for the international pet trade is perhaps more of an immediate threat [than habitat loss], even in protected areas, as members of the genus are popular in captivity,” the authors write in a paper published in Zootaxa.

The cloaked moss frog may be particularly rare. According to the paper, researchers only discovered three frogs of this species in 20 surveys carried out over three years. However they add, “due to the small size and arboreal nature of these frogs, the apparent rarity of the species may be due simply to poor detectability.”

The world’s amphibians are in the midst of what may well be a mass extinction. If it weren’t enough to be pummeled by deforestation, wetland loss, pollution, overexploitation, the pet trade, invasive species, and climate change, amphibians are also combating a deadly fungal disease called chytridiomycosis. Currently the IUCN Red List has found that 41 percent of the world’s 7,000 known amphibians are threatened with extinction. It’s believed that at least 120 amphibians have gone extinct in the last 30 years. 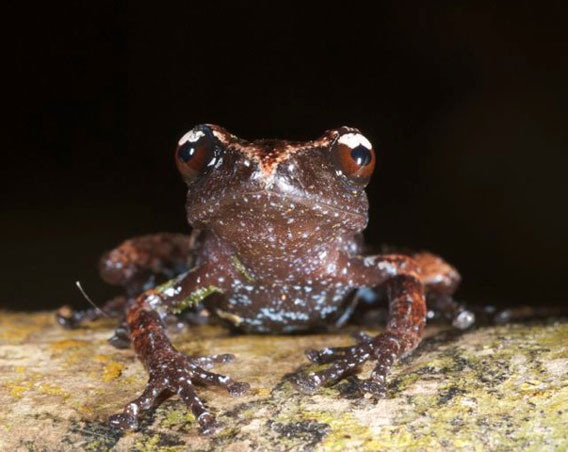 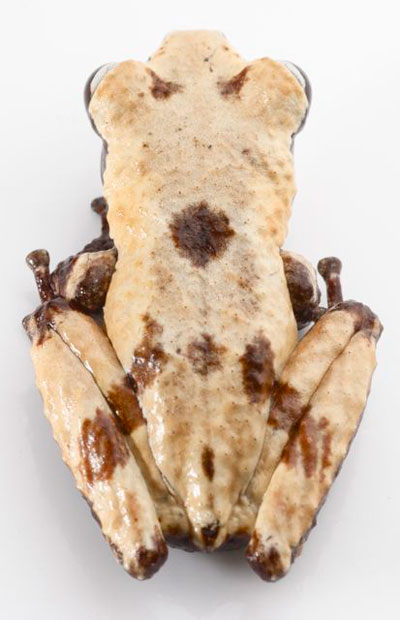