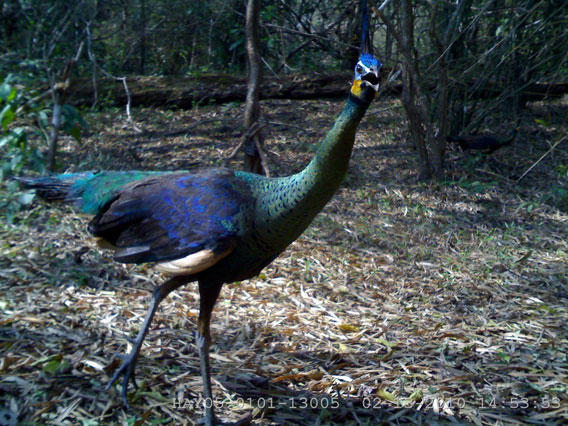 The Endangered peafowl on camera trap. Photo by: DNP-Government of Thailand/WCS Thailand Program.

“The video represents a huge payoff for the government of Thailand, which has invested considerable resources in protecting wildlife and preventing illegal hunters from plundering the country’s natural heritage,” said Joe Walston, director of the Wildlife Conservation Society’s (WCS) Asia Program, which is heading the video camera trapping effort.

WCS says that the videos help prove that Indochinese tigers (Panthera tigris corbetti) and prey populations in the region have stabilized. Estimations of tigers in the area range from 125 to 175 individuals, while the area also sustains one of the largest Asian elephant (Elephas maximus) populations in Southeast Asia.

According to WCS, which works with the Thai government, the country has one of the best anti-poaching records in Asia.

Shown in the video: 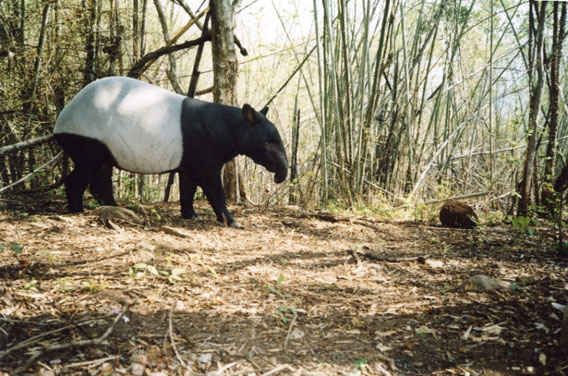 A Malayan tapir, listed as Endangered. Photo by: DNP-Government of Thailand/WCS Thailand Program. 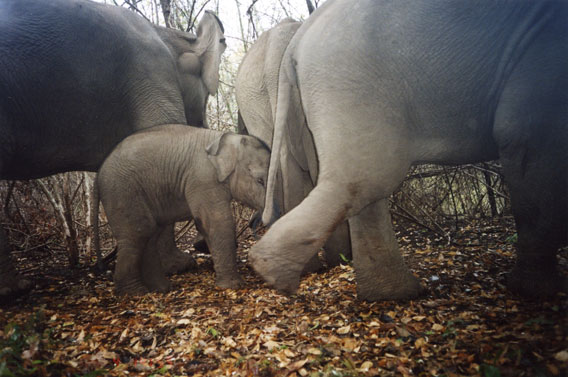 A herd of Asian elephants caught on camera trap. Photo by: DNP-Government of Thailand/WCS Thailand Program. 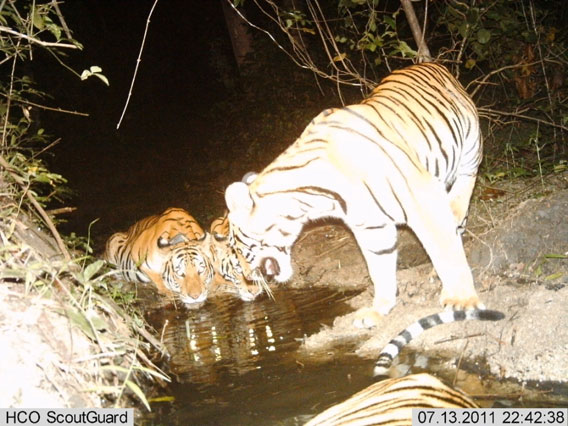 A tigress drinks with her cubs from a watering hole inside Thailand’s Western Forest Complex.. Photo by: Photo by: DNP-Government of Thailand/WCS Thailand Program. 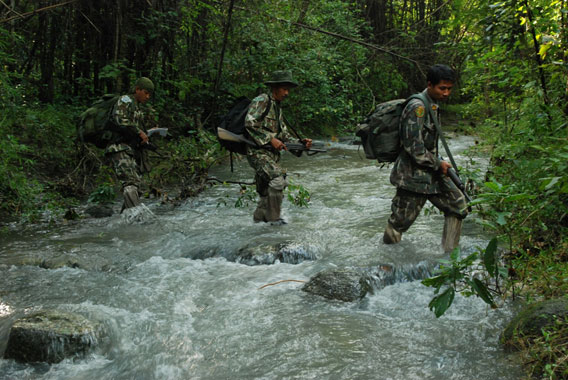 An anti-poaching team on patrol. Photo by: DNP-Government of Thailand/WCS Thailand Program.

How to fight organized wildlife crime in East Asia

(07/27/2011) Organized criminal syndicates are wiping out some of the world’s most charismatic wildlife to feed a growing appetite for animal parts in East Asia#8212;and so far governments and law enforcement are dropping the ball. This is the conclusion from a new paper in Oryx, which warns unless officials start taking wildlife crime seriously a number of important species could vanish from the Earth.

(07/14/2011) Two poachers were arrested in Thailand after a cell phone they left behind in the forest provided evidence of tiger poaching, reports the Wildlife Conservation Society (WCS).