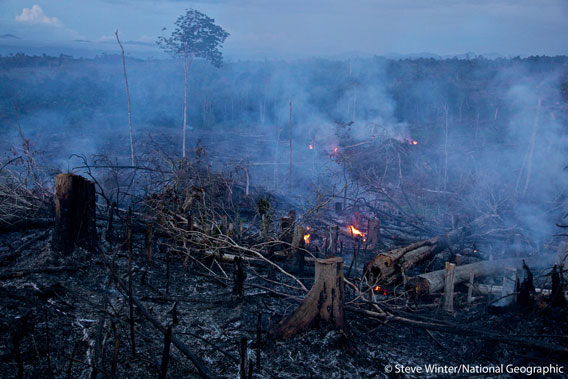 The first-ever Sumatran-wide survey of the island’s top predator, the Sumatran tiger (Panthera tigris sumatrae), proves that the great cat is holding on even as forests continue to vanish. The study, carried out by eight NGOs and the Indonesian government, shows that the tiger is still present in 70 percent of the forests surveyed, providing hope for the long-term survival of the subspecies if remaining forests are protected.

“This survey is a milestone for Sumatran tigers. The results provide the most up-to-date and reliable information ever collected for this Critically Endangered subspecies and is the first time that such a large number of organizations have worked together so effectively,” lead author Hariyo Wibisono of the Wildlife Conservation Society (WCS) and chairman of the Sumatran Tiger Forum (HarimauKita) said in a press release. WCS was joined by Panthera’s Tigers Forever program, Fauna and Flora International (FFI), and the World Wide Fund for Nature (WWF) among others.

Researchers surveyed 13,500 kilometers of forest transects seeking indirect signs of the tiger, such as footprints. They found new priorities for tiger conservation, including the Leuser-Ulu Masen landscape in Aceh Province.

“This study puts Aceh’s previously unsurveyed forest firmly on the map as a global priority for wild tigers in Asia,” explained co-author Matthew Linkie with FFI. Notably, Aceh has implemented an effective logging moratorium since 2007, preserving its forests. Another region that showed tigers doing well was the Kerinci Seblat-Batang Hari forest landscape.

Still, good news was not found everywhere. Riau Province, where deforestation has been extensive in recent decades, proved that tigers were not surviving in severely degraded forests. The region has the fewest tigers by far, according to the paper.

“Over the past 25 years, Riau has lost 65 percent of its natural forest, so it’s unsurprising that tigers are badly affected here. However, they are still
roaming and breeding in some areas and we’re increasing our conservation efforts in these areas and trying to restore forest corridors between tiger subpopulations,” explains Dr. Sunarto with WWF.

Forests in Riau are falling fast to pulp and paper plantations and palm oil monocultures, making the region the epicenter of a battle between green groups and industry over Sumatra’s dwindling forests. A study by WWF in 2008 found that deforestation in Riau Province alone generated 3.7 gigatons of carbon dioxide from 1982-2007, or an annual rate equivalent to over half of Australia’s annual emissions.

“Sumatra has one of the highest global deforestation rates and the two largest tiger landscapes identified in this study will become highly fragmented if their respective proposed roads networks are approved,” the authors write. “Thus, it is vital that the Indonesian government tackles these threats, e.g. through improved land-use planning, if it is to succeed in meeting its ambitious National Tiger Recovery Plan targets of doubling the number of Sumatran tigers by 2022.”

According to a satellite study this year, Sumatra has lost around 9 percent of its forest cover in the past 8 years.

The Sumatran tiger is Indonesia’s last, since the nation has already lost two distinct subspecies of tiger: the Bali and the Javan. Worldwide the tiger is listed as Endangered with just over 3,000 left in the wild. Despite decades of conservation work, the species continues to decline from habitat loss, poaching, human-wildlife conflict, and a decline in prey. Still, the new survey provides much-needed good news in the fight to save the world’s biggest cat from extinction.

“The survey results provide an excellent benchmark against which to measure how our future conservation efforts are benefiting tigers on the ground,” said co-author Joseph Smith with Panthera. “While the future for wild tigers often appears bleak and is certainly wrought with challenges, this survey shows us that hope still remains.” 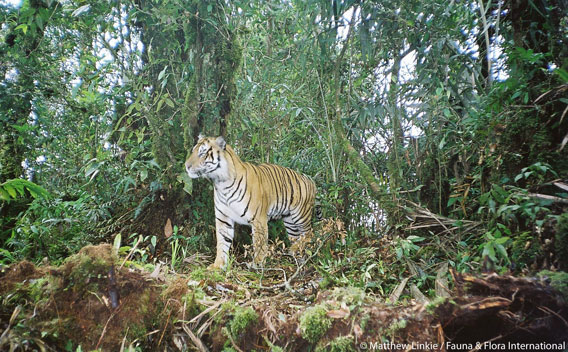 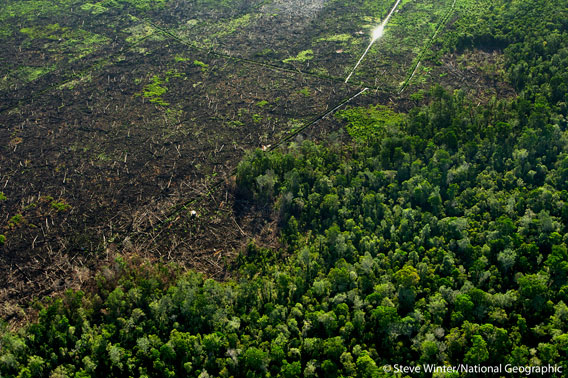 EDITOR’S NOTE: The original version of this article misstated Raiu’s emissions as 3.7Gt for 2008, rather than from 1982-2007. Thank you to Jessie Wells for the correction.

(06/06/2011) The Association for Tropical Biology and Conservation (ATBC) has drafted a resolution urging the Indonesian government to cancel plans to build four 40-foot wide roads through the countries oldest national park, Kerinci Seblat National Park. According to the ATBC, the world’s largest professional society devoted to studying and conserving tropical forests, the road-building would imperil the parks’ numerous species—many of which are already threatened with extinction—including Sumatra’s most significant population of tigers.

(05/03/2011) A plan to build four wide roads through Kerinci Seblat National Park in the Indonesian island of Sumatra threatens one of the world’s most viable populations of the Critically Endangered Sumatran tiger subspecies (Panthera tigris sumatrae), reports the AP. Less than 500 Sumatran tigers remain in the wild with the population continuing to decline due to habitat loss from palm oil and paper plantations, poaching, and prey declines.