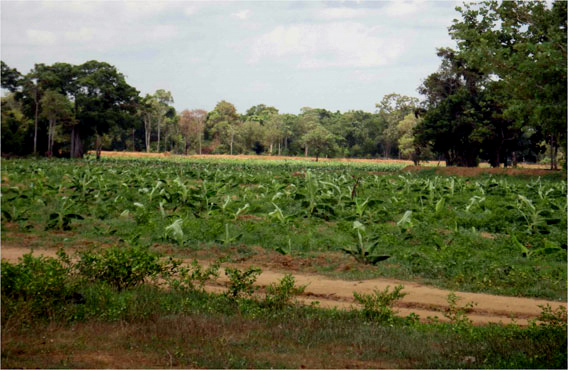 After a threat of lawsuit, Dole Inc. has abandoned a banana plantation in Somawathiya National Park in Sri Lanka. The US-based food giant had partnered with a local company, Letsgrow Ltd, to grow bananas for export markets at the bank of the Mahaweli River, but Dole ran into trouble when local conservation organizations pointed out they were illegally destroying forest and planting crops in Somawathiya National Park, home to elephants and many other imperiled species. Local group, Environmental Foundation Limited (EFL), obtained past and current satellite images to prove that the company was operation within the park.

“Dole Lanka [the Sri Lankan branch] has ceased all commercial operations on this portion of land and is vacating it. The Department of Wildlife Conservation has been requested to visit the area for their confirmation,” Dole said in a recent statement, however the company did not go so far as to admit the plantation was in the park.

But EFL says Dole has confirmed to them privately that they were in the park.

“[A] Dole Asia representative […] acknowledged that their new investigations and survey of the cultivated area showed that part of their banana cultivation was in fact within the [park],” a press release from EFL reads.

EFL goes on to say that it is happy with the outcome.

“We are extremely pleased with the turn of events and the prompt manner in which Dole has acted in this instance which we trust will serve as an example to other organizations that are presented with evidence of infringements in law governing public assets,” the NGO says adding that the “illegal activities […] were causing irreversible damage to Somawathiya National Park.”

EFL states that the conservation community in Sri Lanka “encourage[s] all investors and companies who operate in Sri Lanka to adhere to the environment guidelines and legislation, espouse environment stewardship in all ventures in the spirit of conscientious corporate citizenship. We request all future investors to conduct comprehensives studies on the environmental sustainability and legality of their potential business investments in order to avoid unnecessary issues in future.”

Prior to its retreat from the park, Dole repeatedly denied the allegations of destroying park land.

“The area being cultivated by Dole in Kandakaduwa is not located in a national park or land designated as forest land,” Dole representative, Sylvain Cuperlier, told mongabay.com in early October.

A statement from Dole reiterated the same, but admitted at the time that the company did not know where the plantation was in relation to the protected area. However, mongabay.com was able to use Google Earth to find that the plantation in question was clearly inside park boundaries after retrieving coordinates of the plantation from an anonymous source in Sri Lanka.

There is no word yet if the area in question will be rehabilitated.

Between 400 and 500 Sri Lankan elephants (Elephas maximus maximus), a subspecies of the Asian elephant, are believed to inhabit the park. The subspecies is listed as Endangered by the IUCN Red List due to large-scale habitat loss. Other threatened species that may have been impacted by the destruction in the area include the rusty spotted cat (Prionailurus rubiginosus), which is listed as Vulnerable by the Red List; the fishing cat (Prionailurus viverrinus) and the Sri Lankan leopard, both Endangered; and the painted stork (Mycteria leucocephala), classified as Near Threatened. The park is also home to water buffalo, crested hawk eagles, and sambars, among a wide-variety of other species. 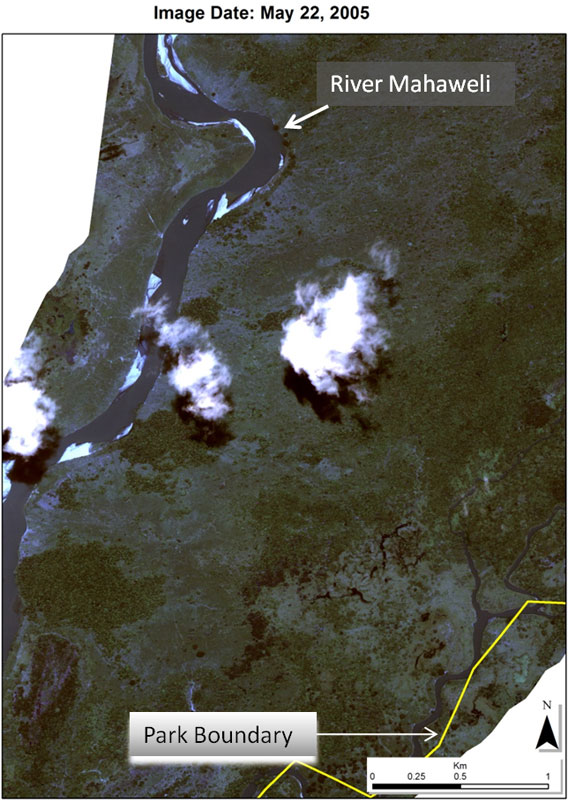 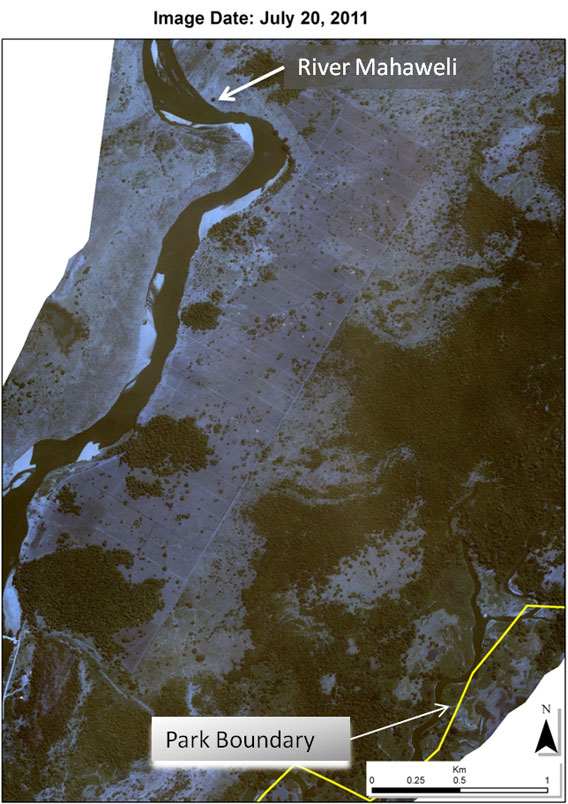 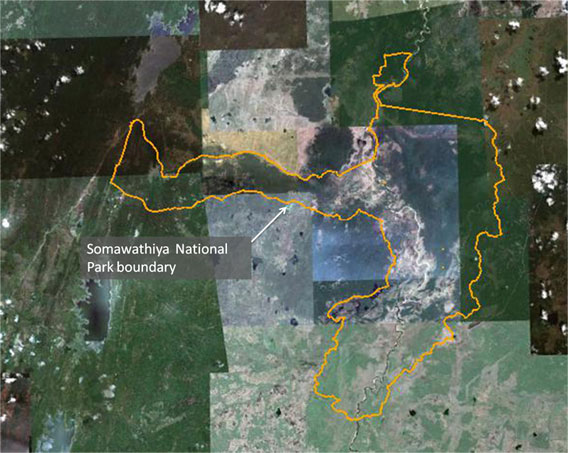 (10/04/2011) Environmental NGOs in Sri Lanka have accused US food giant Dole of illegally growing bananas in Somawathiya National Park, however Dole has denied the charge saying the land in question is ‘not in the [park]’. Mongabay.com has received the coordinates of the Dole plantation from an anonymous source in Sri Lanka familiar with the issue, and using Google Earth has found that the plantation in question is clearly inside park boundaries.

(10/02/2011) Dole Food Company has responded to allegations that it is clearing land in a national park in Sri Lanka known for its population of elephants as well as a number of threatened species. According to reports, the US-based food giant has partnered with a local company, Letsgrow Ltd, to grow bananas for export markets in Somawathiya National Park.

(08/14/2011) Dole Food Company, a US-based corporation famous for its tropical fruit products, is allegedly destroying rainforest in Somawathiya National Park in Sri Lanka for a banana plantation reports local press. The 4,700 hectare (11,600 acre) plantation, reportedly handed to local company Letsgrow by Sri Lanka’s military, imperils an elephant migration route and a number of tropical species. Letsgrow has partnered with Dole on the plantation work, already clearing almost half the area, described as ‘thick jungle’. Sri Lanka, which has only come out of a decades-long civil war in 2009, is currently seeking a rise in agricultural development.