US swaps debt for rainforest preservation in Indonesia 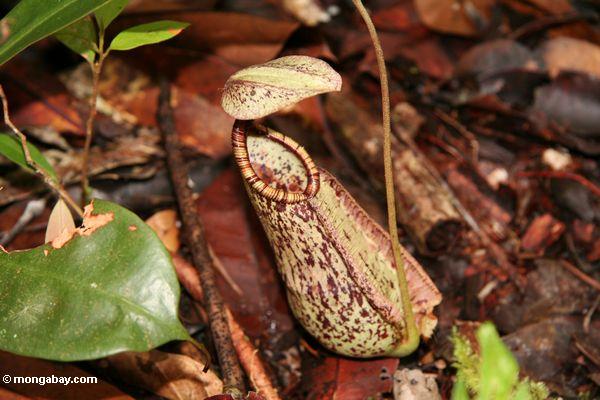 The US is forgiving $28.5 million in debt to Indonesia for forest preservation efforts in Kalimantan, Indonesian Borneo. The debt-for-nature program is a part of the US Tropical Forest Conservation Act (TFCA).

“We are all aware that Indonesia’s forests are facing tremendous pressure domestically and globally, due both to economic growth here and an economic crisis abroad,” said US embassy acting deputy chief of mission James Carouso.

The deal will focus on three areas in Kalimantan: the districts of Berau and Kutai Barat in East Kalimantan and Kapuas Hulu in West Kalimantan. The rainforests of Kalimantan are home to Bornean orangutans (Pongo pygmaeus), Sunda clouded leopards (Neofelis diardi), proboscis monkey (Nasalis larvatus), sun bear (Helarctos malayanus euryspilus), and pygmy elephants (Elephas maximus borneensis) among tens of thousands of other species, many found no-where else and many threatened with extinction.

Indonesian has the second highest rate of deforestation after Brazil. The last few decades have seen vast swathes of forest and peatland in Indonesia destroyed for pulp and paper, palm oil, logging, and mining among other industries. Today, only half of Kalimantan’s forests remain.

“This is an important step forward in efforts to save one of the world’s richest forest ecosystems and provide economic security for the millions who depend on those forests. Any way you look at it, this is a winning situation for Indonesia—enabling it to use these funds to protect globally spectacular biodiversity in the Heart of Borneo and fight climate change,” said Tom Dillon, Senior VP for Field Programs at WWF in the US, in a press release. WWF along with the Nature Conservancy both supported the agreement by donating $2 million a piece.

The deal comes after a similar agreement with the US in 2009, which forgave $30 million in debt to protect forests across Sumatra. The US is not the only country working to stem Indonesia’s alarming deforestation. Last year Norway announced it would provide Indonesia $1 billion to decrease forest loss.

The Indonesian government has pledged to decrease its greenhouse gas emissions by 41 percent—over 60 percent of Indonesia’s emissions are from deforestation and the destruction of carbon-rich peatlands.

U.S. allocates first of $30M in grants for forest conservation in Sumatra

(02/24/2011) The U.S. government announced the first grants under the first phase of its 2009 Tropical Forests Conservation Act agreement with Indonesia.

(08/13/2010) The United States will cut Brazil’s debt payments by $21 million under a debt-for-nature that will protect the Latin American country’s endangered Atlantic Rainforest (Mata Atlantica), Caatinga and Cerrado ecosystems.

(06/30/2009) The United States will forgive nearly $30 million in debt owed by Indonesia in exchange for increased protection of endangered rainforests on the island of Sumatra, reports the Wall Street Journal. The deal is the largest debt-for-nature swap under the U.S. Tropical Forest Conservation Act — unanimously reauthorized this May by the Senate Foreign Relations Committee last week — and its first such agreement with Indonesia, which has the second highest annual loss of forest cover after Brazil. Under the terms of the pact the government of Indonesia will put $30 million into a trust over the next eight years. The trust will issue annual grants for forest conservation and restoration work in Sumatra, an island that lost nearly half of its forest cover between 1985 and 2007 as a result of logging, conversion for plantations, and forest fires.