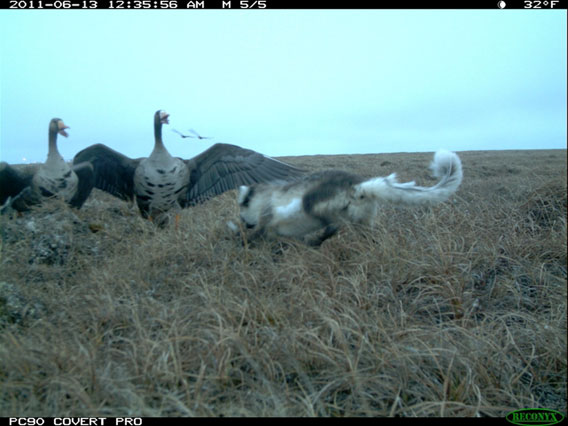 An Arctic fox charging a greater white-fronted goose nest defended by the adults, in the Prudhoe Bay oilfields. Photo by: WCS.

A study in the Alaskan Arctic, employing camera traps, has shown that oil drilling impacts migrating birds in an unexpected way. The study found that populations of opportunistic predators, which prey on bird eggs or fledglings, may increase in oil drilling areas, putting extra pressure on nesting birds.

“The presence of people and structures enable these [predators] to live in areas that otherwise would not be preferred or suitable habitat, or to do so in greater numbers than would normally be the case. As a result, they have more access to the nests of migratory birds and can exploit a vulnerable food source,” explains Joe Liebezeit, a researcher with the Wildlife Conservation Society (WCS) conducting the study.

Predators like fox, ravens, and gulls take advantage of industry infrastructure for nests and dens, moving into areas that may otherwise be inhospitable. In addition, garbage provides sustenance for larger populations of the opportunists.

A 2009 paper in Ecological Application produced from the ongoing study found that the rise in predators near oil infrastructure especially hurt Lapland longspurs with likely impacts also on phalaropes. However, research continues to document impacts over numerous nesting seasons.

“This is the first study specifically designed to evaluate the so-called oil ‘footprint’ effect in the Arctic on nesting birds,” says Liebezeit. “The study was also unique in that it was a collaborative effort among conservation groups, industry, and federal scientists.”

The research has included a camera trap component, documenting predators preying on nests an oil area (Prudhoe Bay oil field) and an undeveloped remote region. Camera traps are automated cameras that take photos whenever an animal triggers an infrared sensor. They are increasingly used for research and conservation work around the world.

“Pictures are worth a thousand words and these photos speak volumes regarding the changing conditions that threaten migratory birds coming to the Arctic to breed,” said WCS North America Program Director Jodi Hilty. “The photos are also a reminder of the value of undeveloped areas in the Arctic to birds from all over the world.” 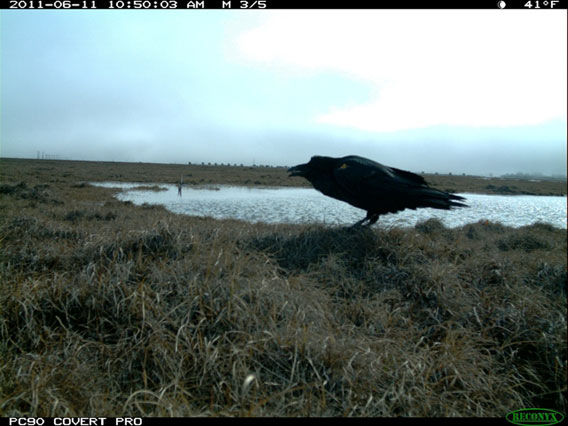 A common raven in the Prudhoe bay oil field caught by the camera trap removing an egg from a Lapland longspur nest. Photo by: WCS. 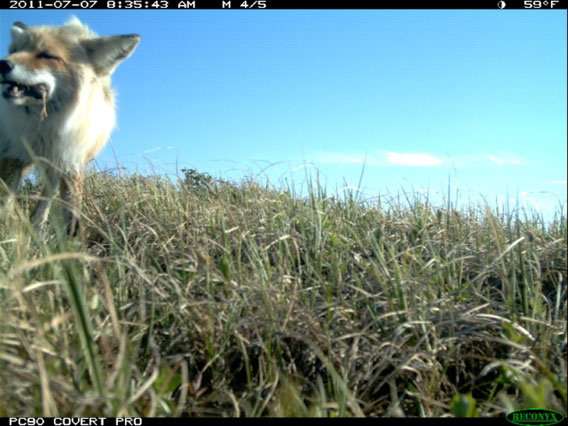 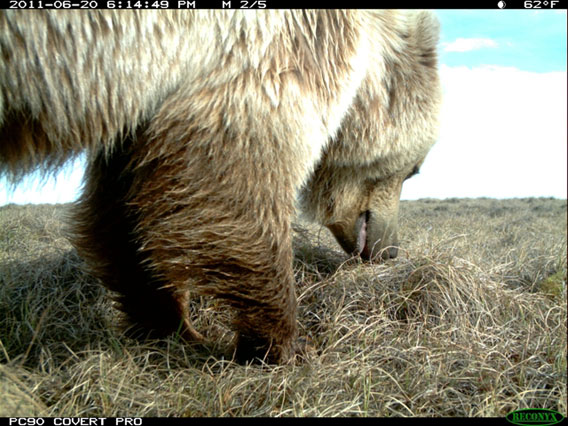 Grizzly bear sniffing around close to camera. Photo by: WCS. 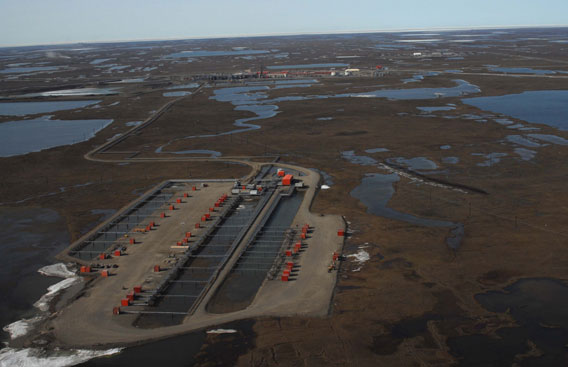 (10/16/2011) According to the New Zealand government an oil spill from a grounded container ship in the Bay of Plenty has killed 1,250 seabirds with hundreds of others in rescue centers. However, conservationists say the avian death-toll is far higher with most contaminated birds simply vanishing in the sea. “The number of birds being found washed up on the beaches will be a very small proportion of the birds being affected,” explained Karen Baird, Seabird Conservation Advocate with NGO Forest & Bird.

New seabird discovered from Hawaii, but no one knows where it lives

(08/30/2011) Researchers have uncovered a new seabird native to Hawaii stuffed in a museum. Originally identified as a smaller variation of a little shearwater (Puffinus assimilis), DNA tests showed that the bird, which was collected over four decades ago, was in fact a unique species. Named Bryan’s shearwater (Puffinus bryani), the fate of this bird in the wild remains unknown.