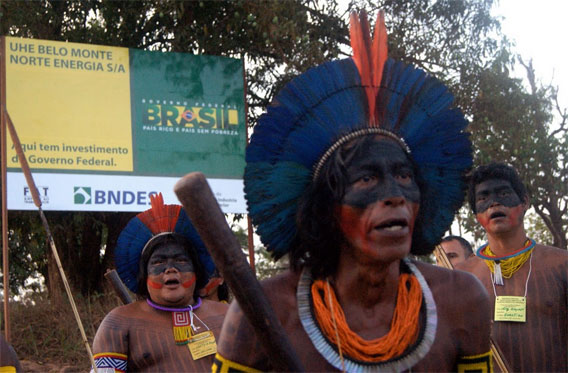 Indigenous people in front of the road that leads to the Belo Monte Dam construction site. All photos courtesy of Amazon Watch.

Hundreds of people are participating in a protest against the controversial Belo Monte dam in Altamira, Brazil, reports Amazon Watch.

Indigenous leaders, fishermen, and others dependent on the Xingu River have gathered to occupy the Monte Dam construction site. The protesters say they will stay until the $11-17 billion project is canceled.

“Belo Monte will only succeed if we do nothing about it. We will not be silent. We will shout out loud and we will do it now,” said Juma Xipaia, a local indigenous leader, in a statement. “We only demand what our Constitution already ensures us: our rights. Our ancestors fought so we could be here now. Many documents and meetings have already transpired and nothing has changed. The machinery continues to arrive to destroy our region.”

The protesters are reportedly blocking the Trans-Amazon Highway (BR-230) near Santo Antônio village, where it passes the proposed construction site, according to Amazon Watch.

Belo Monte is extremely controversial, raising widespread outcry from environmentalists, indigenous groups and their advocates. The project would block most of the flow of the Xingu River and inundate thousands of hectares of rainforest. Critics say the dam will operate well below capacity for much of the year when river levels are low. It will also disrupt fish migration patterns, affecting local livelihoods. 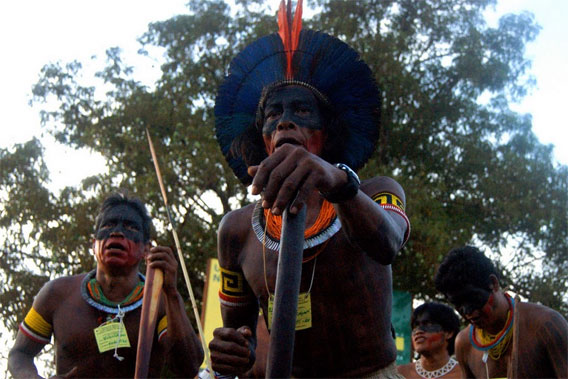 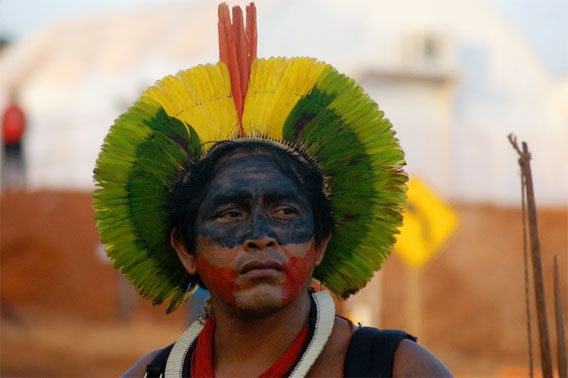 
(10/27/2011) Brazil refused to attend a hearing convened by the Inter-American Commission on Human Rights (IACHR) of the Organization of American States (OAS) over the the controversial Belo Monte dam, reports Amazon Watch, a group campaigning against the hydroelectric project.