by Karimeh Moukaddem on 12 September 2011

Brazilian President Dilma Rousseff has introduced a new program, Bolsa Verde (Green Allowance), to compensate the poor for environmental protection, reports Globo News. Eighteen thousand families living in extreme poverty in the Brazilian Amazon are expected to benefit in the first stage of the program.

“We are guardians of the forest, but this will only happen if it remains standing. Incentive is important because we assign an economic value to nature. It’s as if it were compensation for conservation,” Manuel Cunha, president of the National Council of Extractive Populations of Amazonia (formerly the National Council of Rubber-Tappers) told Globo News. He believes at least 200,000 Amazonian families eventually may qualify for benefits.

The Bolsa Verde will provide R $300 (U.S. $180) every three months to caboclo families (traditional riverine people) living in Brazil’s national forests or sustainable extractive reserves who currently have monthly incomes below R$70 (U.S. $40). In exchange, the families will pledge not to deforest illegally or poach. The Brazilian Ministry of Environment (MMA) plans to integrate all 310 federal conservation units administrated by the Chico Mendes Institute of Conservation and Biodiversity (ICMBio) into the Bolsa Verde program, which is part of the government’s Brazil Without Misery initiative. 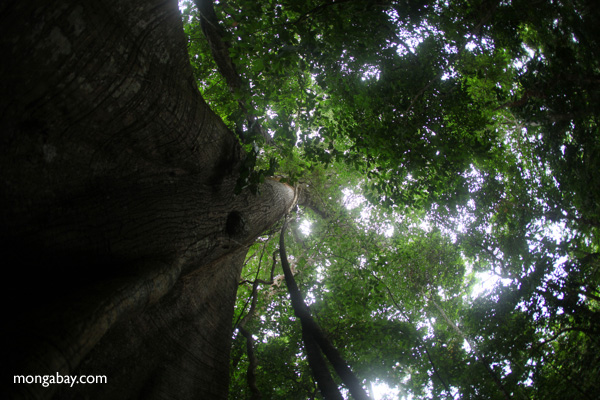 Bolsa Verde will compensate families for preserving environmental services beginning this December. The program is modeled after the Bolsa Família (Family Allowance) in that beneficiaries must meet requirements, and Bolsa Verde funds will be transferred using preexisting Bolsa Família cards.

In concept, however, the program expands upon an earlier state-level program, Amazonas’s Bolsa Floresta (Forest Allowance), which has benefited 7, 239 families in that state since 2007. The component within Bolsa Floresta that compensates coboclo families provides R$50 (U.S. $30), less than the
R $100 (U.S. $58) to be transferred monthly under the new federal Bolsa Verde program.

“It is an incentive to have sustainable use of natural resources. We don’t want to transform the families so that they’re living in forest gardens. They have the right to use biodiversity, but in a sustainable manner,” Roberto Vizentin, Secretary of Sustainable Rural Development of the MMA, told Globo News.

To ensure that the program’s beneficiaries honor their commitments, the Brazilian Institute of the Environment and Natural Resources (IBAMA) will use satellite technology to monitor families’ land. Should evidence of deforestation, burning, or other environmental crime emerge, benefits will be cut.