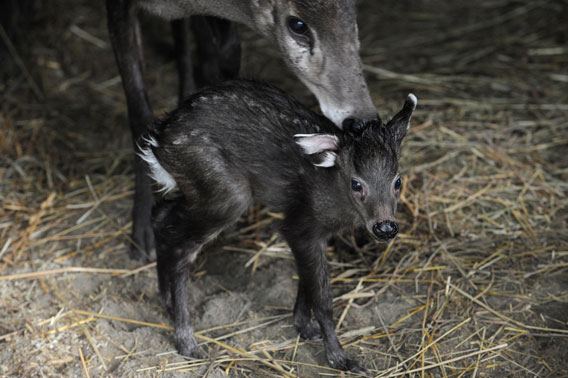 Native to China and, perhaps, Myanmar (Burma), the tufted deer lives in mountainous damp forests. Camera trap surveys Myanmar by WCS have failed to locate the animal in Myanmar, but it still could persist.

Little-studied due to difficult terrain, the animal is said to lifts up its tail (with a white underside) when alarmed similar to white-tailed deer in North America. The species is most closely related to muntjacs or barking deer.

The tufted deer is listed as Near Threatened by the IUCN Red List largely due to overhunting, though there have been no formal surveys of the animal’s populations. Reportedly some 100,000 deer are killed annually.

For photos from China.