Animal picture of the day: snow leopard spotted in Afghanistan 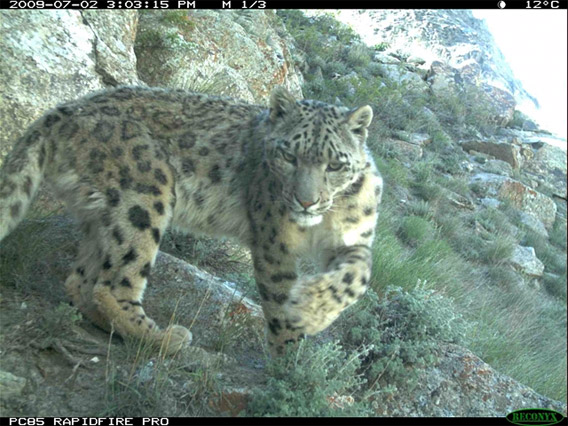 Snow leopard in the Wakhan Corridor of Afghanistan caught on camera trap. Photo by the Wildlife Conservation Society (2009).

A new study documents a healthy population of snow leopards in Afghanistan.

The research, published in the International Journal of Environmental Studies, reports that researchers with the Wildlife Conservation Society (WCS) were able to identify 30 snow leopards in 16 different locations in the Wakhan Corridor in northeastern part of the country bordering China.

WCS plans to next estimate the total snow leopard population size in Wakhan.

The global snow leopard population has dropped 20 percent in less than two decades. Scientists estimate there are some 4,500 to 7,500 snow leopards left in the wild.

More on the research can be found at Viable population of snow leopards still roam Afghanistan (pictures).