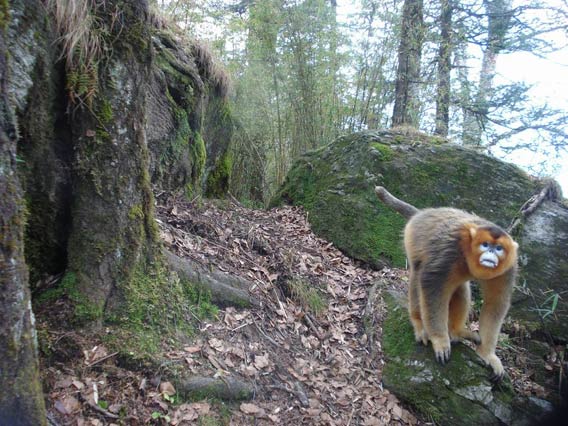 Photos taken by camera traps have not only allowed scientists to study little-seen, sometimes gravely endangered, species, they are also strangely mesmerizing, providing a momentary window—a snapshot in time—into the private lives of animals. These are candid shots of the wild with no human in sight. While many of the photos come back hazy or poor, some are truly beautiful: competing with the best of the world’s wildlife photographers. Now the Smithsonian is releasing 202,000 camera trap photos to the public, covering seven projects in four continents.

Taken in some of the world’s most remote and untouched regions the automated cameras have captured such favorites as jaguars, pandas, and snow leopards, while also documenting little-known and rare species like South America’s short-eared dog, China’s golden snub-nosed monkey, and Southeast Asia’s marbled cat.

“This site provides the public a glimpse of what the scientist sees when surveying remote places,” explains William McShea, wildlife biologist at the Smithsonian Conservation Biology Institute, in a press release. “Not every photo is beautiful but every photo provides information that can be used to conserve wild animals. It is addictive to scroll through the photos at a single site and see the diversity that walks by a single camera in the forest.”

Photographing animals in the Peruvian Amazon, the jungles of Panama, the mountains of the Eastern US, the forests of Thailand, the plains of East Africa, and the highlands of China, the collection to date documents over 200 species of mammals and birds. It also allows users to connect directly to information on the species from the International Union for the Conservation of Nature (IUCN) and the Encyclopedia of Life (EoL).

To view the photos and read more information on the projects: Smithsonian WILD 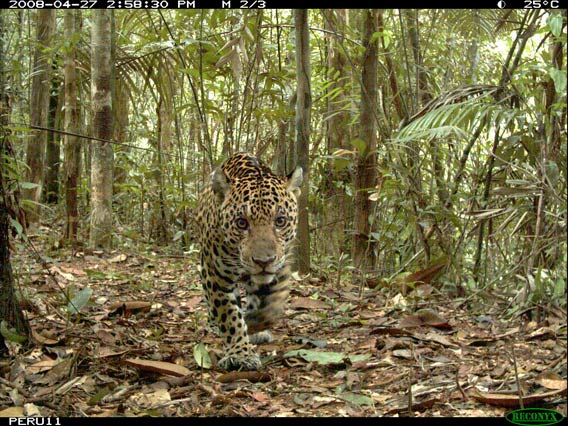 Jaguar (Panthera onca) in the Peruvian Amazon. This species is classified as Near Threatened by the IUCN Red List. Photo credit: Smithsonian. 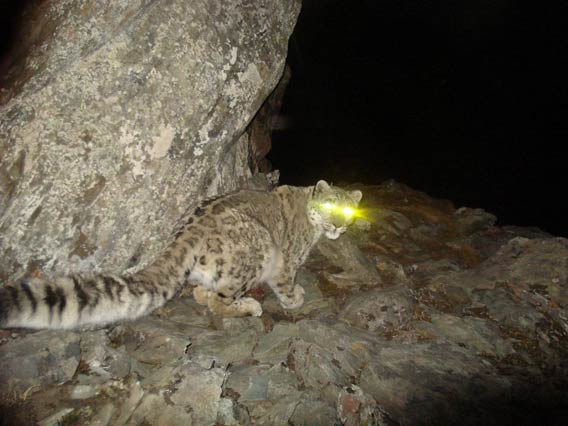 Could camera traps save wildlife worldwide?

(08/31/2010) It’s safe to say that the humble camera trap has revolutionized wildlife conservation. This simple contraption—an automated digital camera that takes a flash photo whenever an animal triggers an infrared sensor—has allowed scientists to collect photographic evidence of rarely seen, and often globally endangered species, with little expense and relative ease—at least compared to tromping through tropical forests and swamps looking for endangered rhino scat . Now researchers with the Wildlife Conservation Society (WCS) and the Zoological Society of London (ZSL) are taking the utility of the camera trap one step further: a study in Animal Conservation uses a novel methodology, entitled the Wildlife Picture Index (WPI), to analyze population trends of 26 species in Bukit Barisan Selatan National Park on the Indonesian island of Sumatra. While the study found a bleak decline in species, it shows the potential of camera traps for moving conservation forward since it marks the first time researchers have used camera traps to analyze long-term population trends of multiple species.

(01/30/2011) Camera trap photos taken in the fragmented forest along the Kinabatangan River in Borneo have revealed a number of key mammal species surviving despite forest loss mostly due to expanding palm oil plantations. The photos are apart of a recent program to monitor carnivores along the Kinabatangan River in the Malaysian state of Sabah by the Danau Girang Field Center (DGFC), the NGO HUTAN, Oxford University’s Wildlife Conservation Research Unit (WildCRU), and the Sabah Wildlife Department.

(09/16/2010) Scientists conducting research in the Boni-Dodori forest on the coast of northeastern Kenya may have discovered a new species of giant elephant-shrew, reports the Zoological Society of London (ZSL).